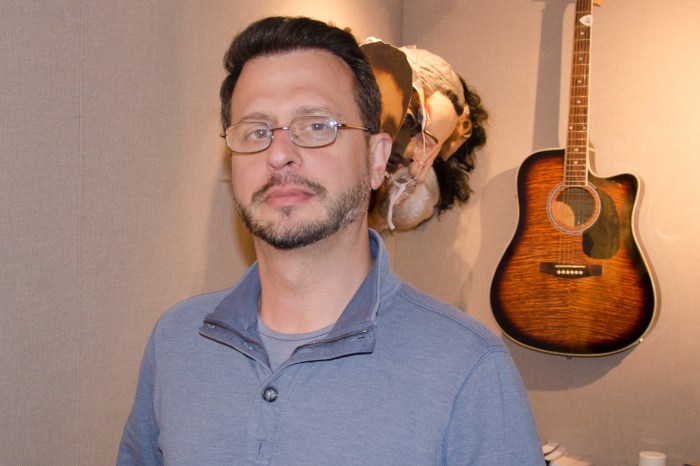 Stern Show staffers Richard Christy and Sal Governale are getting strapped into Ed Torian’s lie detector next week to determine whether or not they’re gay. Over a decade’s worth of questionable on-air antics have left many questioning if Richard or Sal have any same-sex attractions, including a recent confession from the two about a gay bachelor party weekend they spent together. On Wednesday’s show, Howard asked if either had any other untold stories they wanted to come clean about on air.

Sal came forward and admitted he was anxious about having his sexuality tested.

“I’m not gay but I’m nervous,” Sal said. “I’m nervous about being nervous, if that makes sense.”

“Did something happen when you were younger?” Howard asked, sensing there was something Sal was hiding.

“Maybe,” Sal answered. He agreed to tell Howard about an incident that occurred when he was in the ninth grade.

“That’s nothing,” Richard said after hearing Sal’s story. Sal assured everyone that, despite being naked, he and his friend were not erect and neither of them touched the other’s penis. In fact, Sal stated the only penis other than his own that he’s touched is Richard’s. But Sal did have one other detail to share.

“Here’s the thing, he’s not straight. I found out later on,” Sal said of his high school friend.

“Sal’s going to end up bringing that guy to the Christmas party,” Richard joked.

“Yeah, and you’re gonna fuck him!” Sal shot back.

He wasn’t done with the revelations, though. He also asked Howard whether noticing a man’s package makes him gay. “When you watch a male ballerina and look at his bulge, is that gay or is that curiosity?” Sal asked. “I can’t help but look at a bulge.”