Late great comedian even convinced Kevin to come on the Stern Show many, many years ago 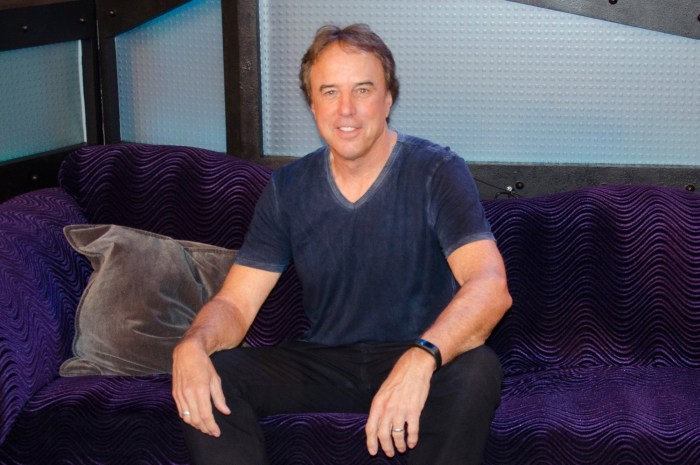 On Wednesday’s Stern Show comedian Kevin Nealon talked to Howard about his good friend Garry Shandling, who died unexpectedly in March of 2016 after suffering a heart attack.

“I don’t remember specifically when I met him,” Kevin told Howard, but he supposes their paths first crossed while they were both doing stand-up comedy. “Our lives melded together, [we] became really good friends.”

Kevin also told Howard about the email Garry sent to him right before he passed away, suggesting they both go back out on the road and perform stand-up again. The two talked about each other’s acts regularly, according to Kevin.

“I would check in with him every once in a while. We would talk about material on the phone,” Kevin told Howard. “[Garry] loved working on jokes. He was a real craftsman when it came to jokes.” Kevin also recalled how he used to watch Garry perform on “The Tonight Show” and think, “This is the guy I’m going to learn from.”

There were two jokes off the top of his head that Kevin remembered as some of the best Garry ever told. “Sometimes when I’m lonely, I’ll shave one leg so it feels like I’m sleeping with a woman,” he recounted for Howard, before sharing his other favorite: “I can’t afford my own private jet but I can afford to pay people to get off my commercial flight.”

Garry was also influential in getting Kevin to do the Stern Show for the first time many, many years ago.

“The first time I ever did your show, I was a little reticent about whether or not I should do it,” Kevin told Howard on Wednesday morning. At the time, Kevin was trying to take more risks in order to further his career, so he asked Garry whether the Stern Show would be a good fit for him. “He was one of the people who said, yeah, you should do it.”

Comedy wasn’t the only thing both Kevin and Garry loved, either — they also shared the same affection for a stray dog in Hawaii. Kevin explained how he had seen the dog while on vacation and learned that the animal was probably going to be put down due to an injury to its back leg. Kevin took the dog to a vet for treatment and then decided to keep him. He called Garry to tell him about his new pet.

Happy Birthday, Garry Shandling! You were a good man…and btw hilarious. Oh, the comedy you could mine today! Miss you! circa 1990 pic.twitter.com/1rhQLmZMt5

“He goes, ‘Wait a minute, that sounds like the dog I saw when I was out there. In fact, I really had a connection with that dog,'” Kevin said. Once back on the mainland he brought the dog over to Garry’s house to see if it really was the same dog.

Sure enough, it was the very same dog. “I could tell that he really wanted a dog, so I thought $500 was reasonable,” Kevin joked. Garry ultimately kept the dog, with Kevin telling Howard “it was the best relationship he ever had.”