“He's trying as hard as he can. He's like a woman giving birth,” Robin Quivers narrates 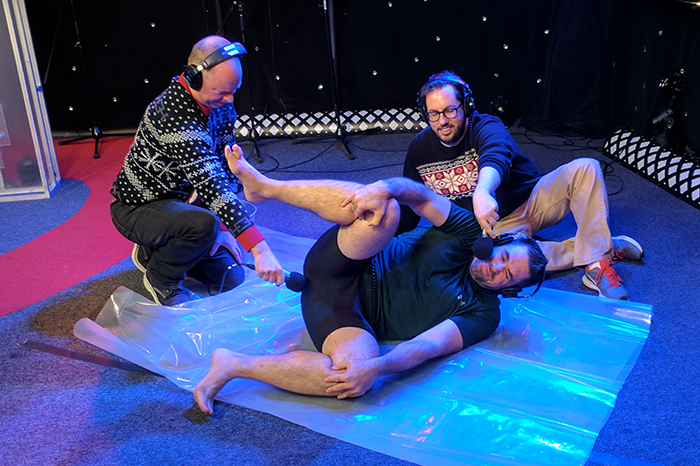 “I’m here to spread holiday cheer all over the SiriusXM family with the help of my jolly asshole,” Will the Farter announced as he walked into the studio Wednesday morning, sending JD Harmeyer and Richard Christy into a fit of laughter.

The two Stern Show staffers weren’t smiling for long, though. Both Richard and JD soon had to stand by and mic up Will’s bottom side as he put on a demonstration of his namesake skill to the tune of classic holiday songs.

Halfway through the festivities Richard began to wretch, but things got really rough when a turd plugged up Will’s hole. “It’s like a cork in my ass,” he tried to explain as he writhed on the ground changing positions from his back to doggy-style and everywhere in between trying to dislodge it.

“He’s trying as hard as he can. He’s like a woman giving birth,” Robin described.

“He’s trying to, like, maneuver that turd back up into his intestines or something,” Richard agreed in between heaves.

Will the Farter ultimately decided that his compression shorts were inhibiting his gas and removed them, “uncorking” a new wave of gaseous glory.

Somehow, at the end of all of this, Will convinced Richard to let him fart in his face, which the staffer immediately regretted.

“Some kind of shrapnel hit my fucking cheek,” Richard cried out. “I swear he shit on me.” 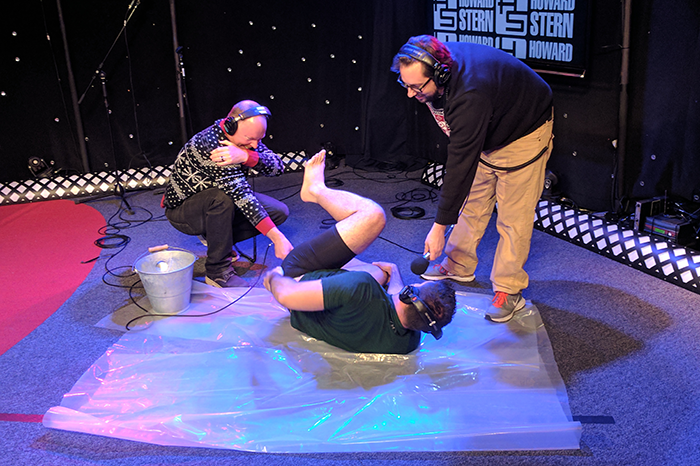 You can find Will the Farter on Chaturbate under the name MasterWill77.