Dave Attell returns to the studio and Bobo takes his exam 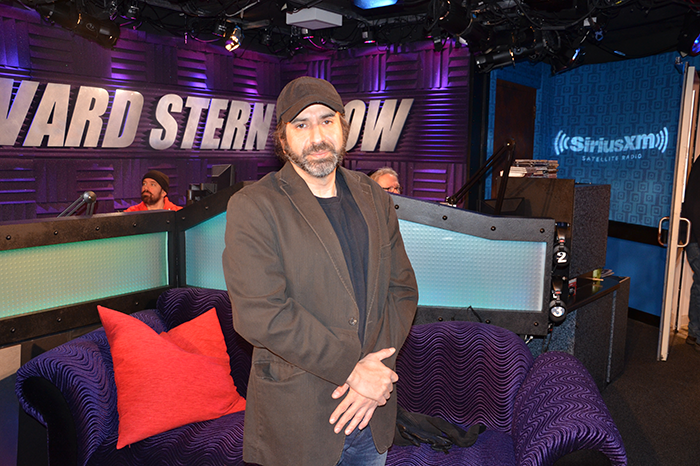 Howard opened the show with more previews of the Christmas Spectacular, which will be airing on Wednesday, before announcing the day’s guests — comedian Dave Attell and Bobo, who will be taking his exam!

Dave has been a welcome voice on the Stern Show for more than a decade, whether sitting in on the news with Robin to pepper in his hilarious commentary or chatting with Howard on the couch about all things comedy, television, and what it was like to date Sarah Silverman.

Attell broke ground in 1993 with an appearance on “The Late Show with David Letterman,” which caught the attention of Lorne Michaels and garnered him a writing spot on “Saturday Night Live” for a season. In the years following, he gained a faithful audience courtesy of a string of successful HBO features and years of stand-up gigs across the globe. In 1999, Dave signed on as a regular commentator for “The Daily Show,” where he was featured on a regular basis before launching his own iconic series, “Insomniac with Dave Attell,” which ran for four seasons on Comedy Central. Countless hilarious projects have followed since.

Bobo, meanwhile, stole an analogy from Greg Gutfeld and risks losing his Bobo namesake, in addition to being banned from the show from the entire winter unless he can muster a passing grade on his test.

Dave Attell Says He May Be Ready for Retirement, but He’ll Never Stop Doing Stand-Up