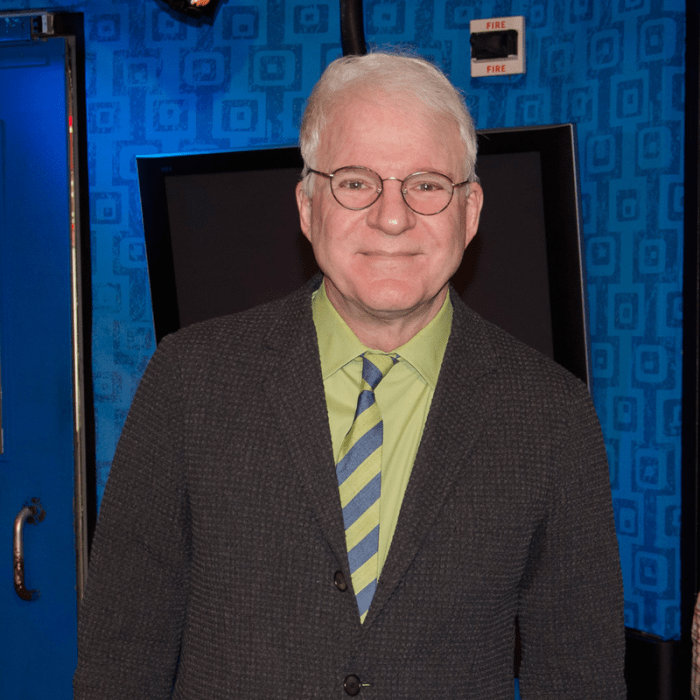 Steve Martin revealed Monday morning on the Howard Stern Show that the deck is stacked against him this June when “Bright Star,” the musical he co-created with Edie Brickell, faces off against Lin-Manuel Miranda’s Pulitzer Prize-winning hit “Hamilton” at the Tony Awards.

“This is the year of ‘Hamilton’ … It’s fantastic.” Martin told Howard. “And it kind of takes the pressure off because I know we’re not going to win.”

Martin and Brickell’s bluegrass-infused Broadway production has been nominated for five Tonys, including Best Musical, Best Original Score, and Best Performance by an Actress in a Leading Role (for Carmen Cusack’s portrayal of a Southern literary editor who falls in love with a returning World War II veteran).

The idea for the musical, Martin explained, came from a news story Brickell had uncovered from 1904 about a mysteriously abandoned baby. “It was a news item of a baby that had been thrown from a train in the suitcase and lived,” he told Howard. “But there was no other information about the story — about what happened, who the baby was, anything. We felt like it was a good story for a musical … and then Edie and I wrote a song for it.”

The two cultivated the concept for years, first with a song and then with a musical production. “Bright Star” opened to good reviews (from both critics and Howard) earlier this year, but it faces stiff competition in the Broadway smash “Hamilton,” which features a cast of non-white actors portraying the Founding Fathers and, earlier in April, became the first musical to win the Pulitzer Prize for Drama since the 2010 production “Next to Normal.”

Since many in the industry consider a “Hamilton” sweep of the Tonys to be a foregone conclusion, Howard wondered whether Martin might decide to skip the award show altogether.

Not a chance, as it turns out. “I’ve been working on this thing for four years. I’m not going to get nominated for a Tony and not go,” Martin told him, adding “We’re very very proud of it and the audiences are reacting [fantastically.]”

If Martin can pull off the upset, it would mark his first Tony win. And that’s all the legendary actor and comedian needs to complete the coveted EGOT sweep, as he’s already scored victories at the Emmys and the Grammys and won an honorary award at the Oscars in 2013.

Listen to a clip from the interview (below) and watch the 2016 Tony Awards June 12 on CBS.