From his jittery legs to his unusually small hands 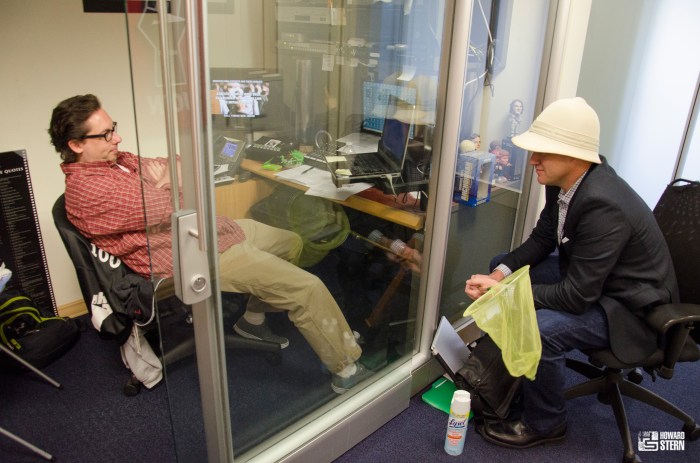 On Tuesday, Stern Show correspondent Wolfie spent the day observing JD Harmeyer in his natural habitat to see if he could uncover any new anthropological discoveries about Howard’s media producer.

Wolfie jotted down 50 separate observations about JD in the span of five hours — here are 20 of the most intriguing.

1. In the first 10 minutes of the observation, I counted three loud, thunderous hoots.

2. JD has extremely jittery legs. I counted 90 floor taps in one minute.

3. JD has a large dusty pile of paper on the bottom of his book shelf. What are the files? Why doesn’t he throw them away if they’re covered in dust? 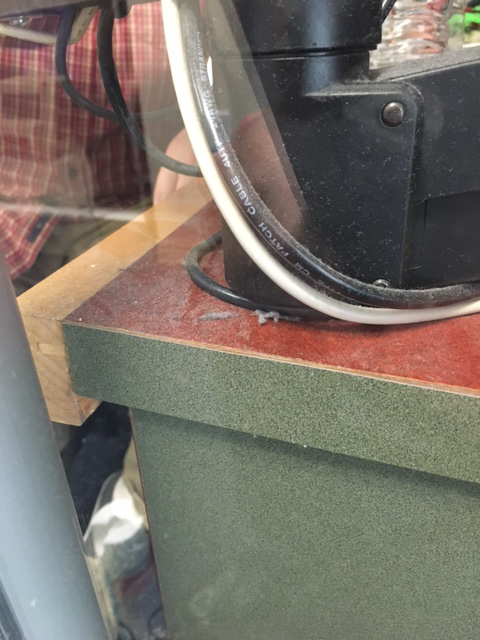 4. I detected some black ear hair in JD’s ears and he has a few grey strains of hair on his head. I always think of JD as a teen so it’s weird to think of him having grey hair.

6. JD likes to rub his hands in a loud, rhythmic motion.

7. JD’s hair smelled good. I was surprised by that.

9. A few people greeted JD, but he always responds with a very unpleasant, “hello.” He is not very warm at all.

10. JD should replace his office chair with a rocking chair. At one point, he rocked 100 times in 2 minutes. He’s like a deranged old lady rocking in a nursing home.

11. JD doesn’t sit in his chair, he slouches and/or slumps the entire day.

12. JD has the most lethargic walk I’ve ever seen. He walks with arms straight down at his sides. His walk screams: unconfident.

14. The desktop on JD’s computer is completely covered in files. There’s no space for anything else. I couldn’t tell if he had a screen saver because there are so many files. I think it says something about his organization. 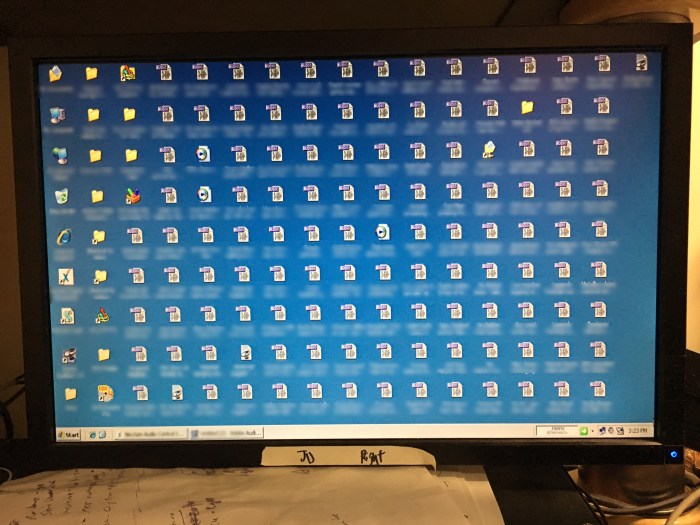 15. Throughout the day JD yelled at himself for messing things up. Here’s a recording of him after he pulled the wrong clip of something.

16. Between his iPhone and three computer monitors, JD is subjected to an excessive amount of “screen time.” Most kids are only supposed to have two hours of screen time per day.

17. JD ordered a turkey sandwich, mash potatoes and broccoli for lunch. I think he ordered a healthier meal on purpose.

17a. I was able to obtain photos of the fast food trash from the previous day. The day prior to my observation, JD consumed “Five Guys” burgers and fries. There were also three empty cans of Coke in his trash can. 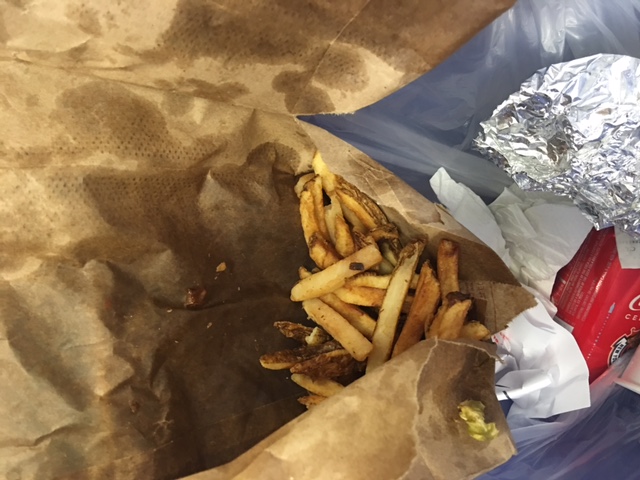 18. JD refused to allow me to buy him lunch. He was very agitated that I attempted to do so.

19. JD seemed the most annoyed when I watched him eat. He turned his head away from me so I couldn’t watch him devour his turkey sandwich.