“This is not a joke. This is our body,” the Stern Show staffer says during Intaction event 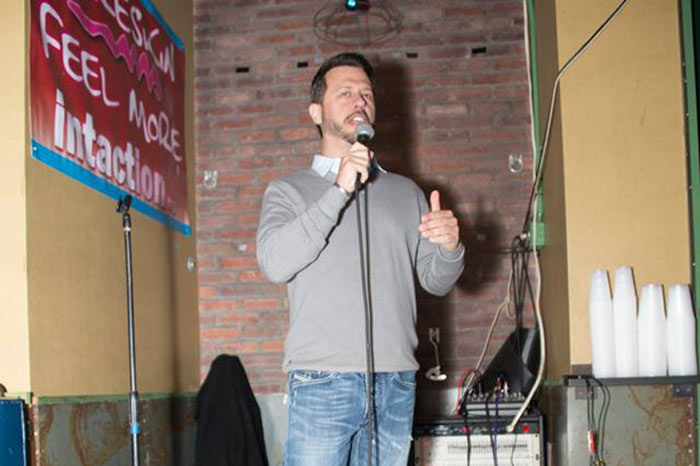 Stern Show staffer Sal Governale is coming out against circumcision. On Monday, Howard played audio from Sal’s recent appearance at a pro-foreskin event where he gave an impassioned speech about growing up uncut.

“I take this very, very seriously,” Sal told those in attendance. “I didn’t have a voice either, so when my mom decided not to cut me, as I grew up, socially, I resented it. I wished I was circumcised.” Fellow Stern Show staffer Memet Walker was also on hand to capture his coworker’s keynote address and later told Howard it sounded like Sal was running for office.

“People need to understand the importance of this,” Sal continued on the tape. “This is not a joke. This is our body.”

“I don’t know how you even get involved in this shit,” Howard told Sal, questioning how he could come out against circumcision after opting to have all three of his sons circumcised.

“That’s a good point,” Sal said. “Yes, my children are circumcised but I was also 26 years old. That was 21 years ago. I had a different perspective on it.”

The event that Sal spoke at was hosted by Intaction, a non-profit organization aimed at educating the public about keeping children uncircumcised, or “intact.” Although Sal grew up wishing he didn’t have his foreskin, he told Howard he’s now grateful for it since he’s been able to use it during several on-air Stern Show bits.

“Thanks to you, Howard, I’m glad that I’m not [circumcised],” Sal said. “Because you’ve turned my pouch into almost a celebrity within itself.”

Check out audio from Sal’s speech (below).