“He really is a magician,” JD Harmeyer says while watching Sal’s penis trick 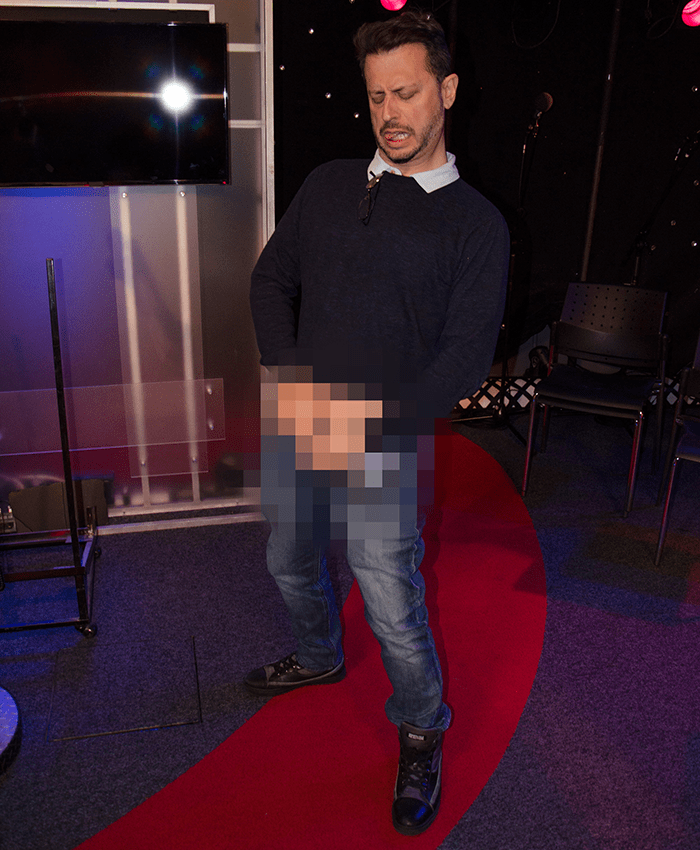 Sal Governale is not circumcised, but with the help of a rubber band he sure looks like he is. The Stern Show staffer demonstrated his special penis trick live in studio on Tuesday to everyone else’s amazement.

“He really is a magician,” JD Harmeyer said while witnessing Sal tie up his foreskin. He’s much more comfortable with being uncircumcised now, but in his younger years Sal told Howard he would wrap the rubber band around his penis before going out on dates.

“My biggest concern was, if she dropped my pants and I was soft, I didn’t want her to see my foreskin,” Sal revealed.

“Didn’t it cut off the circulation?” Fred Norris asked.

“Yeah, a little bit,” Sal answered, adding it was worth it so long as women thought he was circumcised. It wasn’t just any old rubber band Sal used, either. He stole the bands wrapped around the broccoli bunches at his family’s pizzeria and used them to tie up his foreskin.

“You’re lucky you didn’t lose your cock,” Howard said with a laugh.

Despite it hiding his foreskin, Will Murray said Sal’s rubber band trick seemed to shrink his penis. “Your dick looks way smaller with that rubber band on,” Will told Sal.