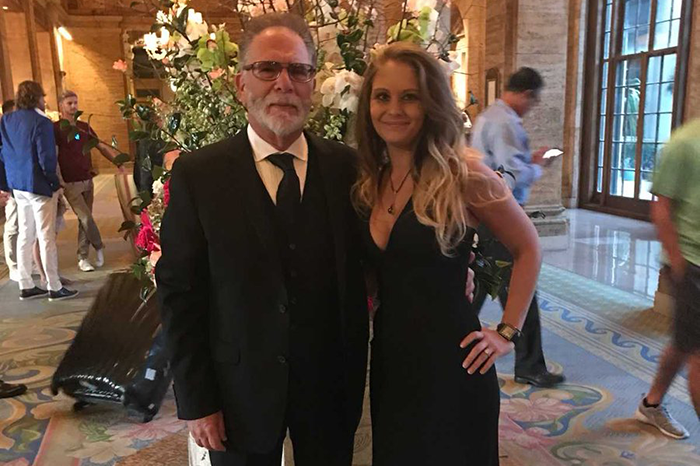 Ronnie “the Limo Driver” Mund and his fiancée spent the weekend in Florida celebrating the marriage of NASCAR driver Kurt Busch to Ashley Van Metre and on Wednesday he told Howard that the party was “insane.”

Kurt and Ashley wed on a Caribbean island, but returned to the states and threw a party for 300 of their closest friends and family of which Ronnie made the cut. “We text like every day almost,” he told Howard, explaining that they’re in a group chat with a crew of guys who Ronnie also joined for a marathon bachelor party that he was hesitant to elaborate on.

The best part of the wedding? Steven Tyler and his band performed for more than an hour. “It was a great show,” Ronnie raved.

Big thanks to @IamStevenT for his legendary show @ our wedding celebration! 💃🏼🕺🏼💕@MrsAshleyBusch & I had an epic time! More pics to come. pic.twitter.com/sbFGDbY0an

Despite his antics at most Stern Show parties, Ronnie assured Howard that he behaved himself at the Busch wedding and really didn’t let loose until the afterparty.

Ronnie also revealed that, despite the fact that Stephanie spent the weekend “laughing her ass off” at his recent hypnotism, he hasn’t been able to bring himself to listen to the full episode yet. “It’s just weird to hear it back. I don’t know,” Ronnie mumbled before quickly changing the subject.