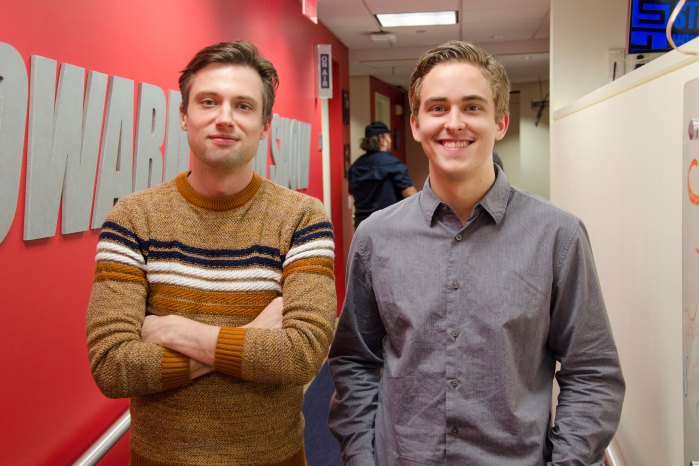 Two Stern Show staffers are getting a ton of girls as of late, but they’re each using very different methods to do so. On Wednesday morning, Memet Walker and Steve Nowicki shared their secret techniques with Howard and revealed some of the wildest hookups they’ve had.

Memet usually sticks to Tinder and has been having a good deal of success on the dating app. “It’s a wonderful world out there,” he told Howard about the wide selection of women he’s swiping on. And in order to get even more girls, Memet admitted he lists his age as 28 despite being 30 in real life.

In addition to a phony age, Memet is also giving these girls a phony personality. “You have to keep up an act with these girls,” he explained, saying that he gets laid a lot more when he drops his normal nice guy act and instead treats his dates like dirt.

“When I’m a dick and I don’t pay for anything and I don’t compliment them on their looks, they come straight to my apartment afterwards,” he revealed.

Getting a girl back to his place has gotten much easier since he moved out of Harlem. He now lives in a nicer neighborhood in an apartment above a bar, which makes it a lot easier to use a smooth line on a girl to get her upstairs.

“That is so cheesy,” Robin said.

“It works,” Memet told her.

For Steve Nowicki, the Stern Show’s other ladykiller, he picks up people the old-fashioned way.

“I can go out to a bar and meet girls or I’ve got, like, girls through friends,” he told Howard, adding that he probably averages about two to three different women each month. But Will Murray said Steve was being modest with that estimate, spilling he heard Nowicki slept with two different girls in the same day once.

“No wonder he’s always smiling,” Howard said with a laugh.

Just this month, Steve said he picked up a girl he met and made out with at a club in Brooklyn. He took her back to his place and, while they were going at it, Steve discovered she was a squirter.

“My mattress was soaked. She warned me,” Steve said. “She’s on top of me while we’re banging, it was like a full 12-ounce glass of water got thrown on my stomach.”

“It wasn’t a major turn-on. I had to sleep in a puddle all night. Very wet,” Steve shared.

Howard wondered how good Steve must be in bed if he can make a girl have that strong of a reaction. “I just like to fuck,” Steve said. “I don’t have much of a technique. I fuck hard.”

Robin couldn’t help but laugh to hear something so carnal come out of the mouth of someone so innocent looking.

“He doesn’t look like he would do that,” she said.

“If you go up to the Empire State Building at like 1:30 in the morning on a weeknight, there’s nobody up there,” Memet said. He also had sex with the same girl outside in Central Park. With encounters as crazy as these, Memet is convinced all of his married coworkers are envious of his life and secretly unhappy in their own monogamous relationships.

“Of course they’re jealous of me back there,” he said on air. Memet told Howard he’s even heard them talking under their breaths about him. Jason Kaplan and Will Murray, both happily married, came into the studio to debunk that theory.

“This is all in Memet’s head,” Jason said. Not only is he not jealous of Memet, he doesn’t believe Memet is truly happy playing the field as much as he has been. “There’s a tinge of sadness. You’re a 30-year-old dude and, as you pointed out, you’re not getting younger,” Jason continued.

“Six months ago, I went through a period where I thought it would be really nice to be in a relationship,” Memet explained. While he once was looking for a girl to settle down with, he now just wants to have a good time with many different partners. “I’m having a lot of fun. Why would I stop that now by getting into a relationship?”

Memet’s next date is tonight. He’s meeting her at the bar below his apartment.