Plus, High Pitch Erik calls in to confess he has the hots for the sportscaster 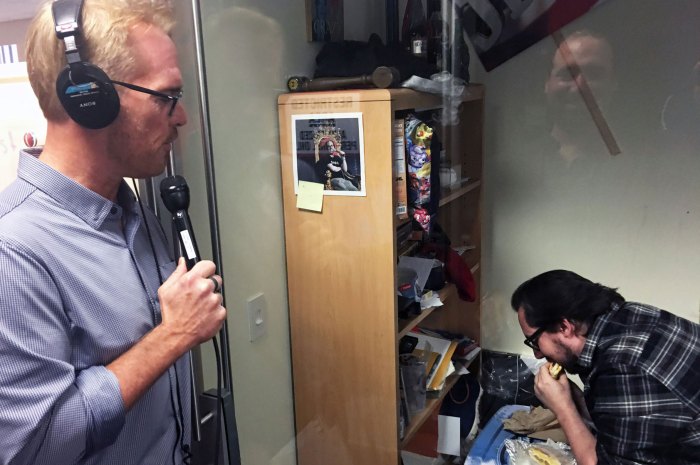 Joe Buck didn’t miss a moment of JD Harmeyer’s breakfast on Monday morning, describing in detail each move the Stern Show staffer made. Howard declared it “the greatest thing” Joe has ever done in his already impressive career.

“I had to watch him eat this sausage, egg, and cheese,” Joe told Howard. Standing outside of JD’s glass booth, Buck recorded the play-by-play of JD’s meal, which he claimed was a whopping 643 calories.

“Now I’m getting the finger,” Joe said while observing JD. “I’ve never gotten the finger from somebody that I’m calling play-by-play for.” 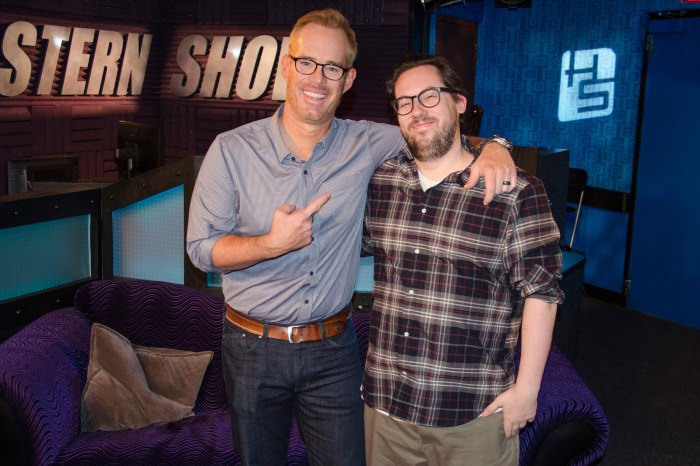 High Pitch Erik called in to confess he found Joe attractive—so much so, he said Joe was in a tie for hotness with Donnie Wahlberg.

As a longtime Stern Show superfan, Joe was thrilled to speak with Erik during his interview with Howard. “I’m walking out of here a little taller than me walking in,” Joe said after hearing about Erik’s crush on him.

Howard asked Erik if he’s ever masturbated to Joe Buck.

“Not yet,” Erik replied.

Howard then let Erik profess his love for the sportscaster.

“Joe, I think you’re awesome. I think you are amazing,” Erik said, adding that he likes Joe’s beard.

“So does my wife,” Joe said with a laugh.