“When I come back, I’m going to be better than ever,” 30-year-old tells Howard 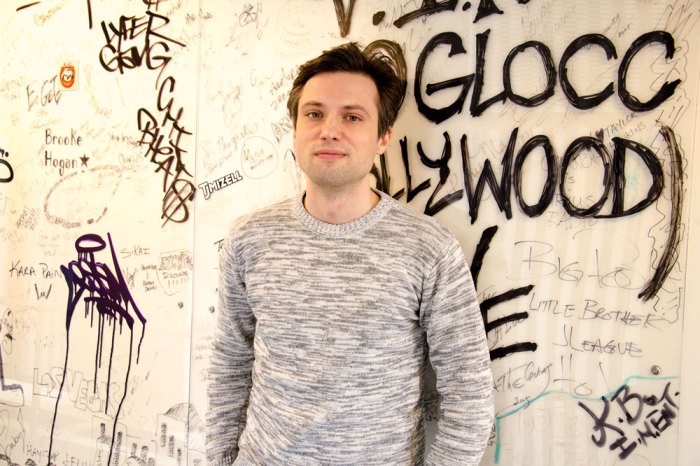 Stern Show staffer Memet Walker has had plenty of luck with the ladies lately, but on Tuesday he told Howard he’s contemplating celibacy after a recent embarrassing experience. Last week, he hooked up with a very good-looking girl but had some performance issues once he got her into his bed.

“Again, I let you guys get into my head,” Memet said on air.

He refreshed everyone’s memories about how he lies about his age on dating apps, telling girls that he’s 28 instead of 30. He did the exact same thing with the girl he met up with last week. “The very first thing she asked me was, ‘So how old are you again?'” He came clean about being 30 and it was not well received. “She just had a look of horror on her face,” Memet continued. “Because she had that reaction and I wasn’t expecting it, I turned bright red, sweat starts pouring down my face, and that’s hard to recover from when that’s your first impression.”

Memet assumed his age would be a deal breaker, but his date didn’t flee. In fact, she wanted to go back to his apartment. Once they got into bed and got down to business, however, Memet reached the finish line a bit too quickly.

“Luckily, I have the ability, still, at my 30-year-old age to go multiple times,” he said. “I think what happened the second time was even more traumatic for me.”

Condoms have caused Memet some struggles in the past. While he was able to get off on the first go-around with this girl, the second time was a different story. In the middle of having sex, Memet admitted he felt himself losing his erection, so he made a snap judgment on how to handle the situation.

“I faked that I was coming again,” he revealed. “It’s fucked up but it’s just with condoms.”

“Dude, I can’t take this. I can’t take listening to this shit,” Ronnie Mund said after entering the studio. “You need some major guidance, my friend.”

Ronnie told Memet he needs to work harder on pleasing the women he’s with rather than only trying to get himself off. Memet didn’t disagree with Ronnie’s advice, but he has other ideas on how to deal with his personal problem.

“I’ve decided, you know, I think I’m just going to take a break for a little while,” Memet said, explaining that some time away from dating will do him good.

“Oh, here we go again!” Robin said with a groan. “You take these breaks and then you blame everybody else for bumming you out.”

“That’s my problem. I have low self-esteem and, when I sort of embarrass myself like that, I would rather just walk away,” Memet explained.

Ronnie was not onboard with Memet’s plan of abstinence.

“Stop feeling sorry for yourself!” Ronnie told him. “Get out there and get back on the fucking horse!”

But it sounds like he’s sticking to his hiatus. “When I come back, I’m going to be better than ever,” Memet said. “I just need to clear my head. That’s all.”

“His head’s so clear, there’s nothing in it,” Howard joked.