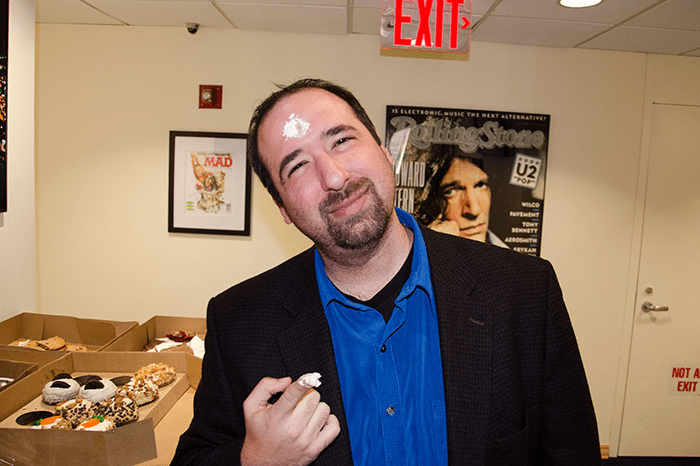 Stern Show staffer Jason Kaplan is a man who’s passionate about food. Whether he’s smoking spareribs in the backyard or lambasting his wife for not following through on her promise to cook spaghetti and meatballs for dinner, the plus-sized producer has rarely been one to cut calories. Yet, on Wednesday morning Jason revealed he has been a member Weight Watchers for the past few months and reported on his experience trying out their diet plan.

“It worked really good in the beginning,” Jason told Howard. “I actually dropped 25 pounds … then Christmas hits and New Year’s, and I kind of got off it for a while.” 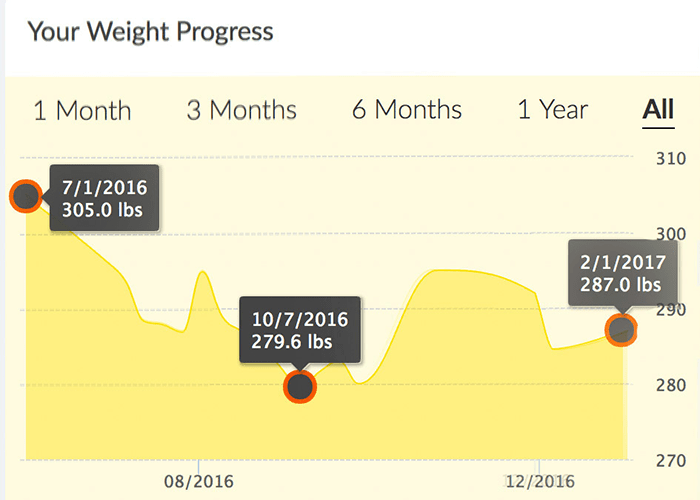 The problem, according to Jason, was that when he weighed 300 pounds the plan allotted him a ton of points, but when he began the lose weight the point limit began to drop incrementally to where he would run out of points by dinner. “I’d go to bed hungry,” he said.

When following the plan, Jason said he would eat an egg white omelet with salsa for breakfast followed by some sort of chicken dish for lunch since read meat was a point-killer. “The lowest I was at was 280,” he told Howard.

This is bacon I made from scratch! Honey-Molasses brine, hickory smoked. #Bacon

A photo posted by Jason Kaplan (@siriusjay) on

After admitting that he hadn’t weighed in for quite some time, Jason hopped on the studio scale, but not before partially disrobing. He came in at 287 pounds.

“I have to get back on the system,” he reflected. “I bought a treadmill two years ago and I’m going to use it one day.”