“They drilled me for 45 minutes …” he complains to Howard 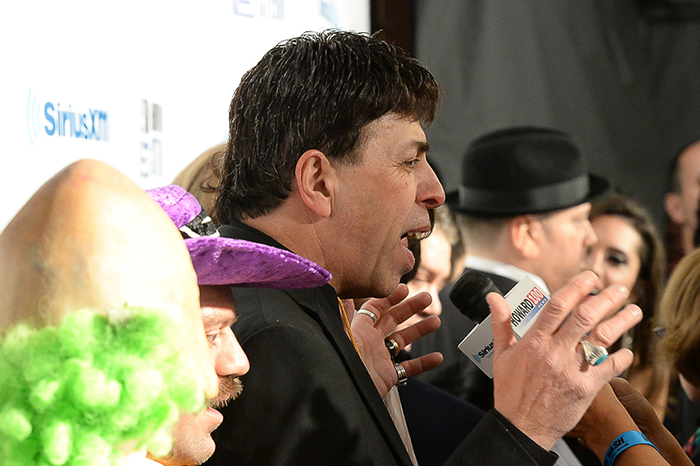 Steve from Florida’s Twitter verification quest took another absurd turn after the toupee-wearing driving instructor received a call from a “Twitter representative” (a.k.a. comedian Jessica Kirson) who claimed to have a few questions to clear up before she could get him the coveted blue check mark. Howard confronted Steve about the experience Monday morning.

“They drilled me for 45 minutes,” Steve said, fumbling for the right expression.

“That was us. Twitter didn’t call you, you maniac,” Howard revealed before playing some clips from the conversation.

Vicki, the fake Twitter rep, told Steve that she could help him get verified, but requested that he try to answer her questions in hashtag form to save time.

When asked how he used his fame to make the world a better place, Steve told Vicki he was “#hilarious” and had “#goodquestions.”

Furthermore, he claimed to have originated hashtags like “#bigfan,” “#offtheroof,” and “#offtheshelf.”

Things took a dark turn, though, after Vicki asked Steve about the most offensive thing someone has said to him on Twitter. “#scumbag, #loser, #baldasshole,” Steve listed, continuing on with a barrage of terms.

“It even got more ridiculous,” Howard said with a laugh. “Because he’ll do anything to get verified … the fake Twitter lady has him tweet like an actual bird.

Despite initially pushing back against the request, Steve ultimately complied.

With countless imposter accounts now active and more popping up each day, Steve from Florida was undeterred by the stunt and remained steadfast in his dedication to receiving a blue check mark next to his name. “I just sent out a second urgent letter to Twitter,” he told Howard in closing.