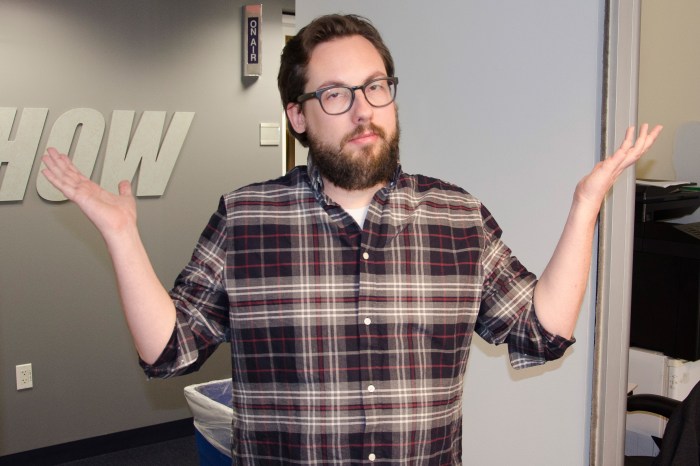 The wedding proposal every Stern Show fan has been waiting for happened on Monday evening after JD Harmeyer finally asked his longtime girlfriend to marry him. But rather than wait until Tuesday morning to share his happy news on the air with Howard, JD took to Twitter to tell his 265K followers he’d gotten engaged.

“For a split second I was happy for him and then it turned to just outright anger,” Howard said, explaining to JD his announcement should have been made on the Stern Show, not on social media. “Why would you announce it on Twitter? You work on the Howard Stern Show.”

JD’s tweet showed his now fiancée wearing the Steven Singer engagement ring he gave her along with the caption, “She said yes.” He admitted to not thinking before posting the photo but told Howard his girlfriend is also on social media and would have made the announcement on her own Twitter profile.

“I also felt I would tell what happened, or whatever, on the show. I didn’t say anything about how the engagement happened,” JD said.

JD revealed he popped the question in their apartment without preparing or practicing a speech, despite his tendency to mumble.

“Did she know what you were asking?” Robin said while laughing.

“She understood when she saw the box in my hand,” he replied.

Fellow affianced staffer Ronnie Mund assisted JD in picking out the engagement ring. After his girlfriend said yes, JD then called Ronnie to tell him all went according to plan. In November, JD revealed on air how he was preparing to propose but would not be willing to ask his girlfriend to marry him live on the air like Ronnie did.

Towards the end of Tuesday’s show, Howard offered JD a do-over in announcing his engagement.

“I got engaged yesterday!” JD said.