“I didn’t listen but I really wanted that to be true,” the musician says of his lifelong friend’s advice 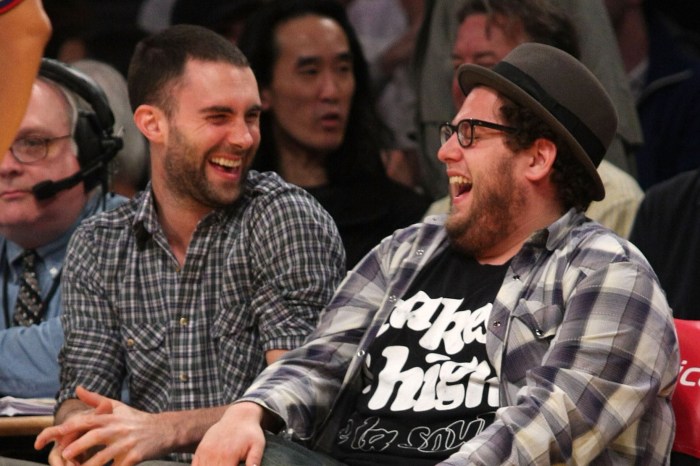 Adam Levine has already conquered the music charts (he and his band have had 12 songs crack the Billboard Top 10 including three No. 1 hit singles) but the Maroon 5 frontman told Howard on Wednesday he may’ve caught the acting bug after appearing in the 2013 film “Begin Again.”

“I love it. It’s so much fun,” Adam said of acting. While he enjoys playing parts on film, he explained why he doesn’t want to take on too many acting roles. “I’m just getting my feet wet … I want to make sure I do it right.”

Though Adam said he has no plans to go to acting school, he did tell Howard he turned to his lifelong friend Jonah Hill for some pointers. The two-time Academy Award nominee gave Adam some advice about his first day on set.

“This is so Jonah, this is why he was supposed to be a delinquent. He’s like, ‘You don’t learn your lines,'” Adam revealed. “I didn’t listen but I really wanted that to be true.”

Adam isn’t entirely sure whether Jonah follows his own advice, since he’s great at improvising, but it wouldn’t surprise him. “Jonah is a freak, you know what I’m saying? He’s a different kind of animal,” Adam explained. “He does Jonah and it works for him.”

He does owe a bit of gratitude to Hill, however. Adam told Howard it was the good word that Jonah put in on his behalf that landed him his first movie role. “He actually helped me get that part. He was very instrumental in that whole thing,” Adam said. “He kind of vouched for me and I will always be thankful for that.”

When Jonah Hill came to the Stern Show in 2016, he revealed to Howard how on edge he was while officiating Adam and Behati Prinsloo’s wedding in 2014. On Wednesday, Adam confirmed his buddy was more nervous than he had ever seen him.

“It was visible,” Adam told Howard. “I’ve never seen him more nervous in his life which goes to show you, we have a very loving friendship.”

Maroon 5’s new song “Cold” is out now. Watch Adam Levine on “The Voice”Mondays and Tuesdays at 8 p.m. ET on NBC.