By the time “Lost in Translation” premiered in theaters, Scarlett Johansson had already appeared in over a dozen TV and films roles. However, she told Howard it was that movie, which she starred in with Bill Murray, that changed her career in Hollywood forever.

“Nobody knew that it would be so profound,” Scarlett said of “Lost in Translation,” explaining how she had no idea the film would wind up being as good as it was while they were shooting it. Just 17 years old at the time, Scarlett admits she was thrilled to work with a comedic legend like Murray, but that having a co-star of that magnitude had its challenges. 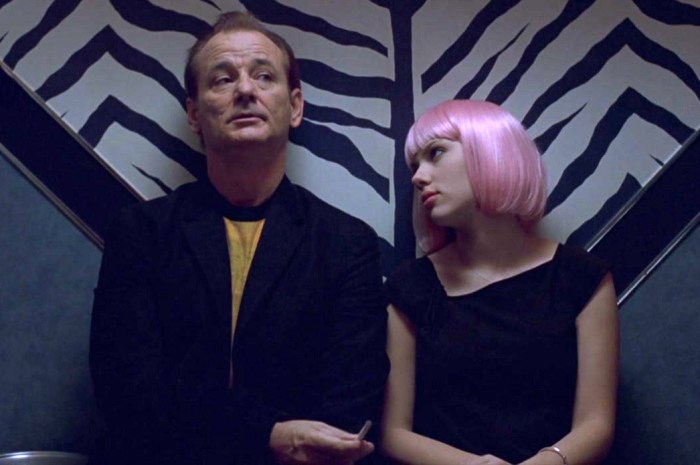 Bill Murray and Scarlett Johansson together in “Lost in Translation” Photo: Focus Features

“It was hard to relate to one another, but I think what worked is that when the cameras were rolling and [it] actually came time to do the work, we worked really well together,” Scarlett told Howard. As for how much Bill added in his own dialogue during filming, Scarlett revealed he did improvise many of his lines.

“There were lines that kind of were a guide and then he would improvise, but most of the dramatic scenes that we do together were written,” Scarlett explained.

Scarlett had to refute a rumor Howard heard about director Sofia Coppola, though – at no point did Sofia shoot herself wearing only underwear in order to convince Scarlett to do the same in the much-talked-about scene from the movie. Howard also made the mistake of using the word “panties.”

“I hate that word,” Scarlett told him. “Just say underwear.”

Scarlett and Sofia crossed paths several years before working together on “Lost in Translation.” Scarlett told Howard: “I actually met her for ‘Virgin Suicides’ when I was like 10 or 11 and she wanted me to do something on that film, but I think [the] script was a little bit intense when I was that age.”

Sofia reached out to Scarlett again, this time with the “Lost in Translation” role. The director was certain Scarlett was perfect for the part. “When I met with her she was like, ‘I wrote this with you in mind and with Bill in mind’ and so it just really worked out,” Scarlett said.

It was when the film screened at the Venice Film Festival that Scarlett realized the impact making this movie would have on her career. “I’d never had that kind of movie star experience, of walking up the steps at a big film festival,” she told Howard. “There I am with Bill and, you know, we were just sort of blown away by it all.” 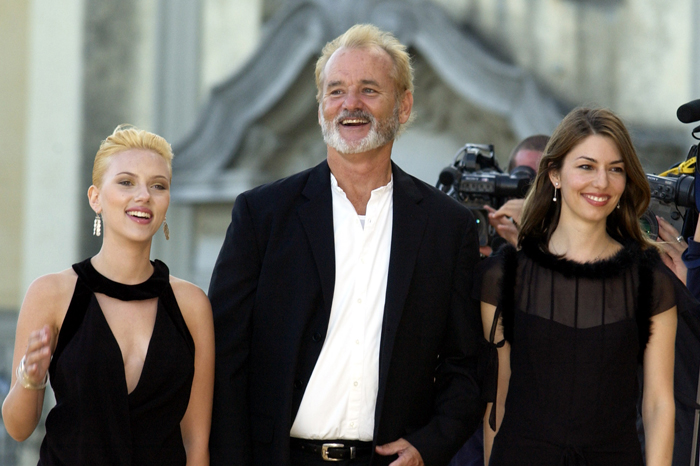 Her “Lost in Translation” performance scored Scarlett a Golden Globe nomination, as well as a chance to a star in several other big budget films, including Michael Bay’s “The Island.”

“And then I got the offer to work on ‘Match Point’ with Woody [Allen] and so the door did kind of open wider then,” she said.

With well over a decade of A-list status under her belt, Scarlett talked about how as an actress she gets asked wardrobe questions that sometimes strike her as being a bit sexist, including while she was out promoting her new movie “Ghost in the Shell.”

“I just finished the press junket for ‘Ghost in the Shell’ yesterday and I finally got so tired of being asked how long it took me to put on my suit, what am I wearing under there,” Scarlett told Howard. “I said, ‘I’m sorry, do you happen to ask a man this question?'” She also fields similar questions about the outfit she wears as Black Widow in the “Avengers” movies. However, after wearing so many revealing costumes in her films, Howard wondered if Scarlett ever worries about how she looks on screen.

“I’m more concerned with my performance, of course,” she replied.

Wardrobe questions aren’t the only thing Scarlett would like to do away with, either. She’s also not too keen on the nickname she’s acquired in the press: ScarJo.

“I really don’t like it just because there’s something obnoxiously familiar about it,” she told Howard.

However, a Hollywood nickname is usually a good indicator that one has made it in show business, which Scarlett certainly has. That, and the fact that she’s now hosted “Saturday Night Live” five times, a gig she told Howard she loves to do.

“The first couple of times, I think they probably had no idea what to expect and neither did I,” she said of her “SNL” debut back in 2006. “It’s a well-oiled machine. It can be a little intimidating going into those writers’ meetings.”

Howard asked if Scarlett has any trouble working with cue cards whenever she’s on the late-night series. “It’s actually better to work off the cue cards,” she told him, adding that the cards are strategically placed for the show’s players. “It actually has to do with which camera you’re looking into when you give your delivery.”

But Scarlett also heard that Betty White did just the opposite when she hosted “SNL” in 2010. “Recently, a member of the cast told me that when they had Betty White hosting, she couldn’t read the cue cards so she memorized all of her lines,” Scarlett told Howard. “She’s just a pro.”

Scarlett has become close with one of “Saturday Night Live’s” biggest stars, Kate McKinnon, after the two starred together in the upcoming comedy “Rough Night.” However, Kate is one of Scarlett’s few famous friends.

“I don’t have a lot of actor friends,” she told Howard. “My girlfriends are all from high school.”

Howard playfully bragged about having dinner with Billy Joel and challenged Scarlett to top that. She shot back how she’s dined with her “Avengers” co-star Chris Evans.

“I’m good friends with Chris Evans who I’ve worked with many, many times,” Scarlett told Howard.

Having dinner with Captain America is hard to beat.