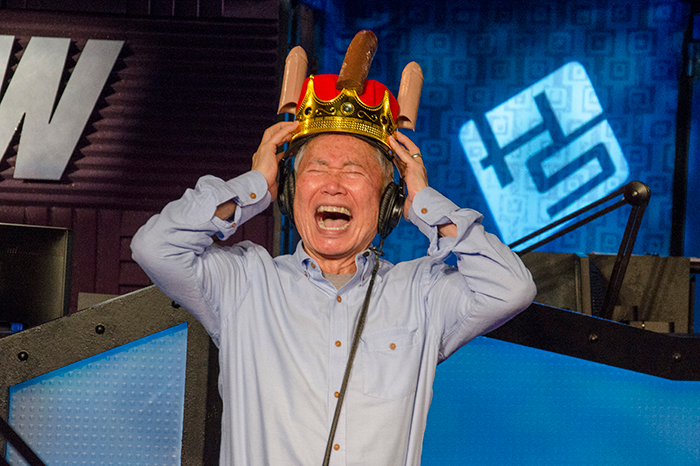 Andy is both a friend of the Stern Show as well as its official Top Gay, so naturally he called in during George’s extremely gay festivities. “Happy birthday, George. I love you so much.” Andy said. “And I have to say I loved it, years ago on the Stern Show, when you judged that big penis contest … It was so brilliant”

“Well, you know I just had eight naked beautiful guys’ bodies … serenading me,” George replied, referring to the rendition of “Naked Boys Singing!” he had just endured.

To George’s surprise, Andy revealed he hadn’t yet seen the Off-Broadway production. “You don’t qualify as a gay man,” George joked, adding that seeing it was “obligatory.”

But that was just prelude to Andy’s big two-part announcement. First, Andy invited listeners to send George lewd photos via social media. “I have received a gallery of pictures by direct messages on Instagram from many wonderful straight listeners of the Stern Show who want to share their dick pics with me,” Andy said. “I am encouraging these gentlemen—for today—to send [their] dick pics to George’s D.M. on Instagram because I think he will love that.”

“What a wonderful gift,” George laughed.

Howard wondered how many dick picks Andy got from straight guys per day.

“It’s down to a trickle, but it was a flood there for a few weeks,” Andy said, adding “I got some great pictures.”

This led to Andy’s second announcement. “I’m giving you my crown, and I’m crowning you Top Gay for the day,” he told George. 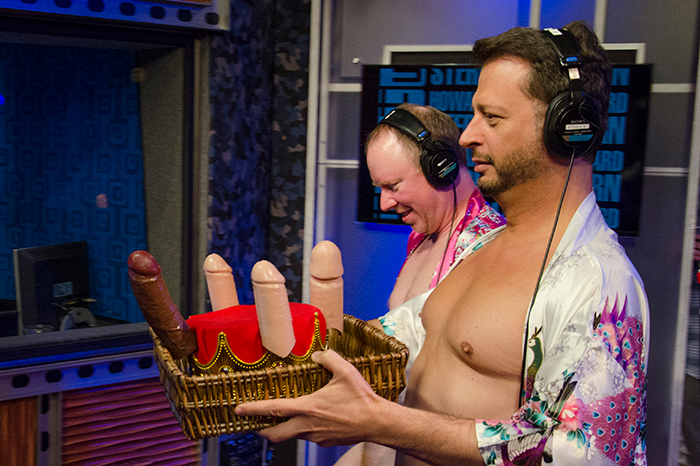 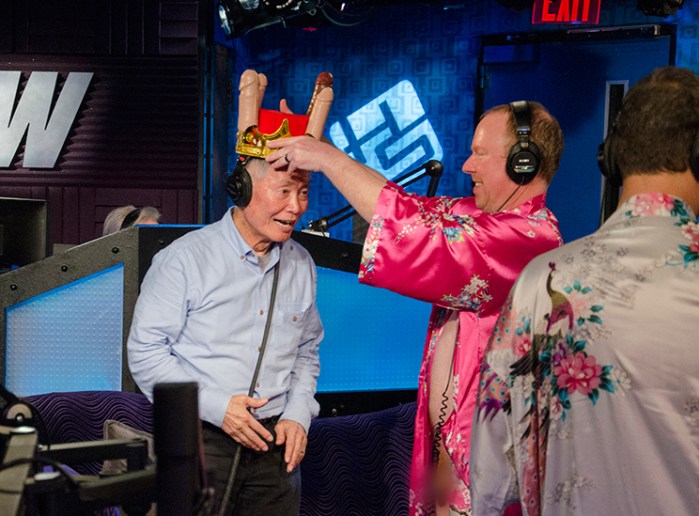 Listen to Howard’s song (below):

“This goes back to Andy tomorrow,” George laughed while accepting his crown, which he jokingly promised to donate to the Japanese American National Museum currently celebrating “The Many Worlds of George Takei.”