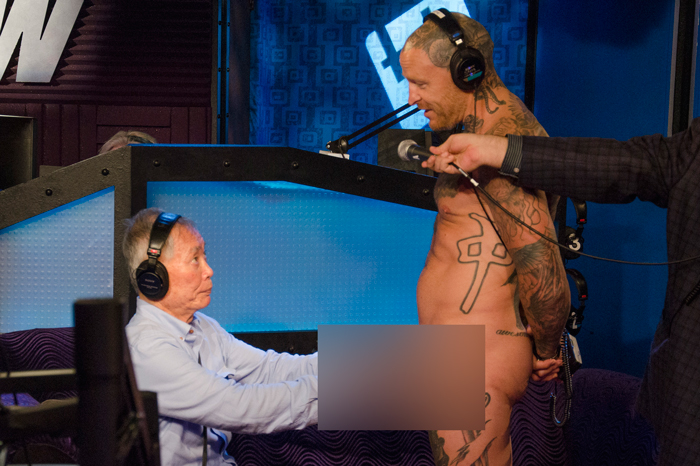 The final gift Howard gave to George for his Big Gay 80th Birthday Bash was something he’d already enjoyed on the Stern Show before. Jason Ellis entered the studio wearing only wrapping paper around his penis which George got to work removing but not without copping a few feels elsewhere on Jason’s body.

“You’re patting the inside of my thigh,” Jason said as George grazed his leg. Eventually the birthday present was fully revealed and George once again marveled at Jason’s manhood.

“Look at that. Gorgeous. Nice ass, too,” George said.

“You’re such a friendly guy, but when my dick is out you’re a monster,” Jason joked. 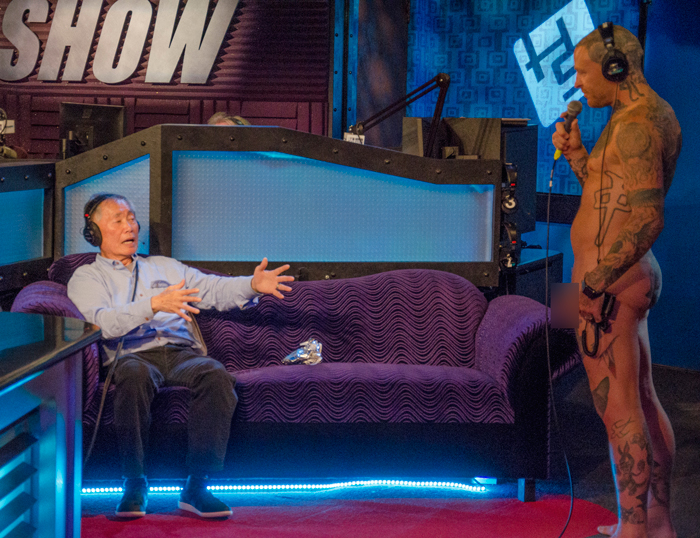 Jason, who is now openly bisexual, isn’t sure if he’s ever hooked up with a guy George’s age since he’s put his penis in so many anonymous glory holes. But when asked if he would get physical with someone in his 80s, Jason answered, “for sure.” That was music to George’s ears, who joked he might have to try and convince his husband Brad to let him do some exploring with Jason.

“I love him deeply and I’ll do nothing to jeopardize that,” George said of Brad. “But it is true that Jason is a beautiful man.”

Jason has been training for his upcoming King of the Cage fight versus Gabe Rivas. Even at 45 years old, Jason said he still wants to challenge himself physically.

“It makes me whole to be a competitor and to put my body on the line,” he told Howard. And right before he steps into the cage, Jason also plans on racing his car in the Lucas Oil Regional Off Road Series – SoCal. “I’m the first person to ever race a professional car race and have a professional MMA fight in the same day,” Jason explained.

Jason said his involvement in events like these helps to change people’s minds about who is capable of competing in what some might consider “macho” events. “Gay, straight, whatever you are, you’re just a dude or you’re just a girl. Everybody just needs to get along,” Jason said.

George was impressed that Jason could be as open and honest about his sexuality. “I respect you for who you are and your guts to be who you are,” George told Jason. “I truly feel honored.” 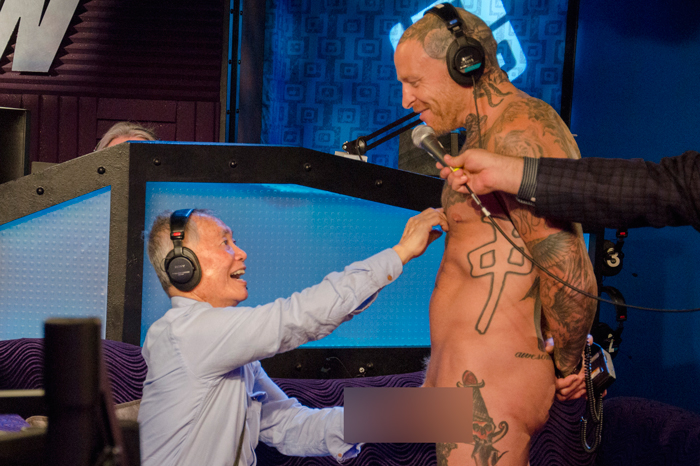 Jason Ellis still has his SiriusXM show weekdays on Faction Talk. Howard wondered if George would be listening later with his pants down.

As Jason Ellis and his uncut penis left the studio, George thanked Howard, not only for all of the day’s festivities but for changing his entire life after 12 years of being the Stern Show’s official announcer.

“That changed my career in a whole different way,” George told Howard. He said coming on the Stern Show offered him a new audience to share a message of acceptance with. “By that time, I was out and I was campaigning and going to various rallies, et cetera, talking about LGBT equality. But, you know, I was talking, essentially, to those already on our side,” George said. “To really get any change happening, we had to reach that vast middle.” The Stern Show allowed George access to that. Of course, the Stern Show has also allowed him access to many, many naked men. 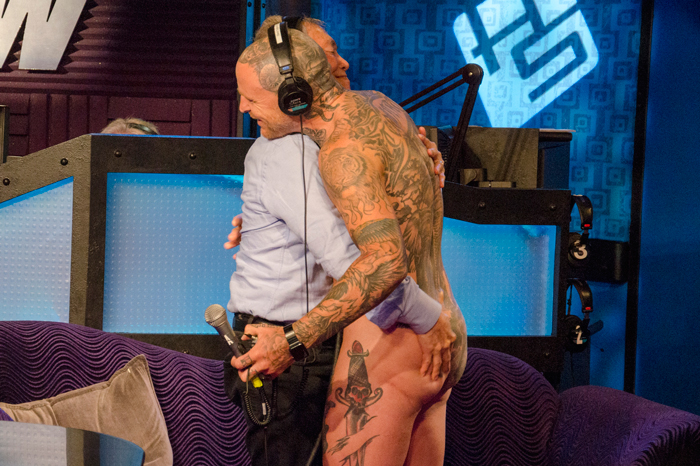 “What a birthday party,” George said at the close of Monday’s show. “I’m going to turn 80 every day, Howard!”