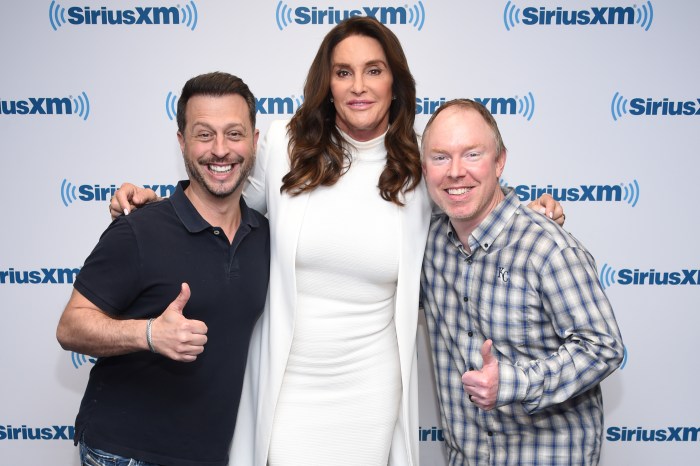 Stern Show staffers Richard Christy and Sal Governale got to meet and take a photo with the one and only Caitlyn Jenner last week while she was up at SiriusXM promoting her new memoir, “The Secrets of My Life.” Click here to see the full-sized photo.

While snapping the shot, Richard congratulated Caitlyn on her new book, a perfectly appropriate comment to make. However, Sal felt the need to lean in and tell Caitlyn she was “an inspiration.”

“He’s such a suck-up,” Howard said after hearing about what Sal said to Ms. Jenner.

“I was being polite,” Sal explained. “I want her to feel comfortable.”

Howard pressed him on why he thought Caitlyn was such an inspiration.

“She’s changing the face of America and the way we look at the LGBT,” Sal answered.

While Richard and Sal got to meet the Olympic champion and reality TV superstar, Caitlyn hasn’t yet visited the Stern Show studios. “I really want to interview Caitlyn,” Howard said.

Executive producer Gary Dell’Abate said he’s trying to make that Stern Show appearance happen as fast as he can. “She wants to come on. She’s got to finish her book tour,” he told Howard.

Hopefully Caitlyn comes in and sits down with Howard soon!