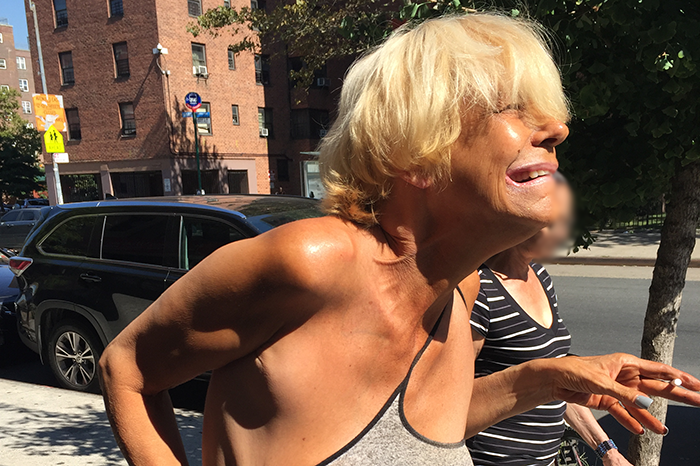 Tan Mom is now a scientologist and has been for six or seven months, according to new conversations she’s had with Stern Show correspondent Shuli Egar.

The Wack Packer called in Tuesday and clarified her position on the belief system for Howard, divulging that she’s “probably a four” on the thetan scale but still isn’t quite sure who founded the church or which higher power she’s supposed to believe in. She said she hasn’t even had an E-meter reading yet.

“You have to forgive me. I’m not stupid,” Tan Mom said. “Everywhere I go, for ridiculous reasons, people are weird. And I don’t know why. So that’s why I went to Scientology because I thought it would make it better.”

Shuli clarified that Tan Mom believes she has had a curse since age 16 where all guys are sexually attracted to her and can’t control themselves.

Per Tan Mom, the Scientology teachings have been very helpful thus far. “I learned that instead of getting angry and picking up, like, a drink or a cigarette or something like that, you go home, you pray, and you read,” the Wack Packer explained. “And there’s a lot of great herbal teas out there, which have made me de-stressed,” she added.

Tan Mom is allegedly currently in the midst of co-writing a book about her life with a journalist from ABC News, she told Shuli. So all things will be revealed in good time.