The Record Company Insists Both Rock and Vinyl Are Still Alive

The Record Company Insists Both Rock and Vinyl Are Still Alive 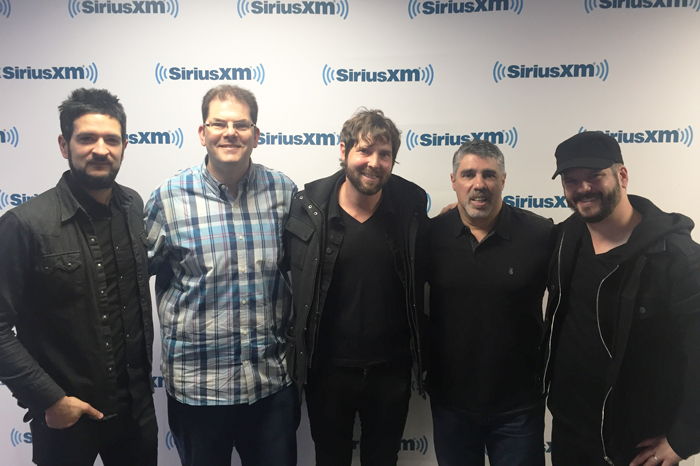 Rock power trio the Record Company dropped by the Wrap Up Show on Wednesday to talk about their album “Give It Back to You” as well as the current state of rock and roll. Jon Hein asked the guys whether they thought the music genre was dead or just in a different place.

“It certainly is not dead,” lead singer Chris Vos answered. “I consider what we do rock and roll,” adding that they put some extra emphasis on the “roll” in their music which is deeply rooted in blues.

“You start to see those lines sort of get blurred,” drummer Marc Cazorla said of how a certain musical act can get labeled. One example would be singer-songwriter Chris Stapleton who performed live on Tuesday’s Stern Show. Country music may claim Stapleton as their own but Howard has asserted several times that, to him, Chris is 100 percent rock and roll.

“His talent, man. That’s the thing. I think it’s a unifying talent across genre and there’s not a lot of that out there,” Vos said of Stapleton on Wrap Up.

Like Chris Stapleton, the guys in the Record Company have worked hard to put out their music, even producing and mixing their first album on their own. The band also credited Gary Dell’Abate’s beloved vinyl as something that brought them together as a group early on.

“I think our band was started listening to vinyl,” Alex Stiff said, remembering a late-night way back when the band spent listening to a John Lee Hooker and Canned Heat record. Alex admitted to being a fan of vinyl, even if others think it’s an outdated medium.

“I just like it because it’s a personal experience,” Alex said.

“That’s exactly how I feel,” Gary told him. “I’m not sitting here telling you that it’s a warmer sound and you have to listen to it. I just enjoy it as a hobby.”

The Record Company’s album “Give It Back to You” is available now. For tour dates visit therecordcompany.net