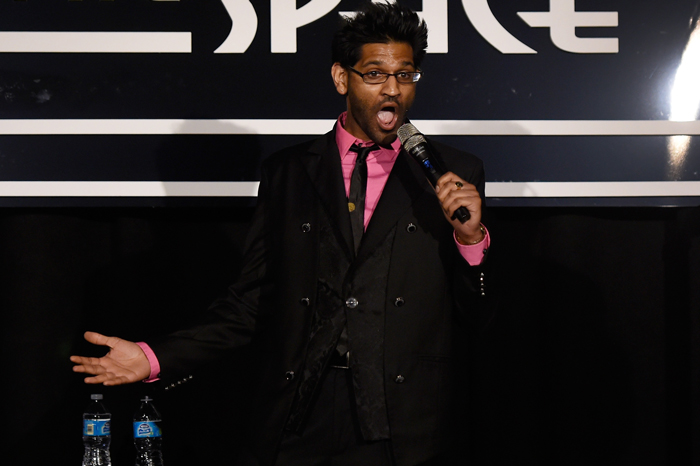 Comedian Jay Mandyam stopped by the Wrap Up Show on Thursday and revealed how the Stern Show played a part in landing him his role on the TV series “Silicon Valley.”

“I was at Ronnie’s Block Party in Los Angeles and Mike Judge happened to be there,” Jay told Jon and Gary. Judge, a creator on the HBO comedy, is from the same town in Texas that Jay grew up in—their dads even worked together at one time. “He was a hometown hero to me. I just admired him.”

But it was their mutual love of the Stern Show that kept Jay and Mike’s conversation going even after the block party was over. “He would just hit me up after that, like every once in a while [we’d] talk about Stern,” Jay said. “One day he called me in to audition for a role [on ‘Silicon Valley’] and he liked my audition and gave me the part.”

His turn as Sanjay on “Silicon Valley” also caught the eye of fellow Indian American Nikki Haley, who reached out to Jay while she was serving as governor of South Carolina and invited him in for a face-to-face visit. After Donald Trump won the White House in 2016, Haley was nominated and later confirmed for the position of United States Ambassador to the United Nations.

“Dreams do come true,” Gary said with a laugh.