‘Veep’ Star Timothy Simons Visits the Wrap Up Show – But Who’s the ‘Jonah’ on Howard’s Staff?

‘Veep’ Star Timothy Simons Visits the Wrap Up Show – But Who’s the ‘Jonah’ on Howard’s Staff?

Plus, will Gary Dell’Abate risk further ridicule and attempt another first pitch? 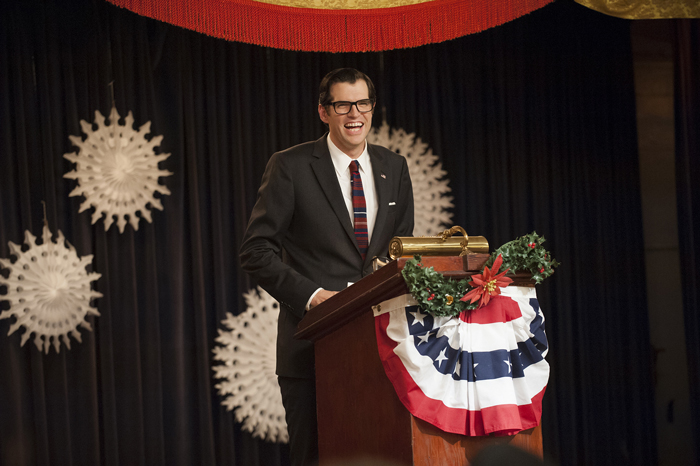 As the loathed-yet-lovable Jonah Ryan on HBO’s political comedy “Veep,” actor Timothy Simons has bared the brunt of countless on-camera insults. But how do the low blows delivered on his show stack up against the ones heard on the Stern Show? After serving as the Stern Show’s executive producer for 30+ years, Gary Dell’Abate knows all too well how much certain cheap shots can hurt.

Timothy shared that he’s had to witness a writer look him up and down before walking off set to come up with a cutting insult about his appearance.

“Sometimes it really does sting,” Timothy said. He recalled an alternate line once written about him that he considers one of the strongest comments ever issued to him: “You look like melted Play-Doh stuck to a flag pole.” Timothy said even actor Sam Richardson (who plays Richard Splett on “Veep”) reacted with an “oh my God.”

Since there’s no shortage of smack talk on the Stern Show, the guys tried to determine who on the staff would be considered the “Jonah” of the back office – someone who says whatever they want about a person without any regard for how it might make them feel. Both Gary and Jon agreed it has to be stylist Ralph Cirella.

“It’s a no brainer,” Gary said, adding that despite singling Ralph out as a trash talker, he likes him very much. Jon agreed, saying he’s good friends with Ralph but he understands why Stern Show listeners might consider Cirella to be mean-spirited.

Of course, Ralph isn’t the only one who gets off on stirring things up on the air. “I think Jason is in that camp,” Jon said. “But he’s not at Ralph’s level.”

Comedian Jay Mandyam, also in the Wrap Up studio on Thursday, then threw out Benjy Bronk’s name, since he seems to enjoy the attention he gets from “pissing people off.”

“I have some serious questions about your workplace if there is a possibility that there are this many Jonahs in it!” Timothy said with a laugh.

“This show can’t operate without a couple of Jonahs,” Gary explained.

With so much talk about on-air ridicule, Jon wondered if Gary would ever attempt another first pitch and risk being joked about just as he was after his much-discussed throw in 2009.

“As a friend, I think you should do it,” Jon told Gary. “I am not setting you up here … you have an opportunity to redeem what you did and I think you can’t lose.”

“You could absolutely lose,” Timothy joked.

Gary was adamant another pitch wasn’t going to happen. Even if he was willing to take the mound again, Gary revealed that his wife Mary has forbid him from ever throwing out another first pitch.