Plus, hear Howard take a call from “Eloquent JD” and “Ronald Mund” 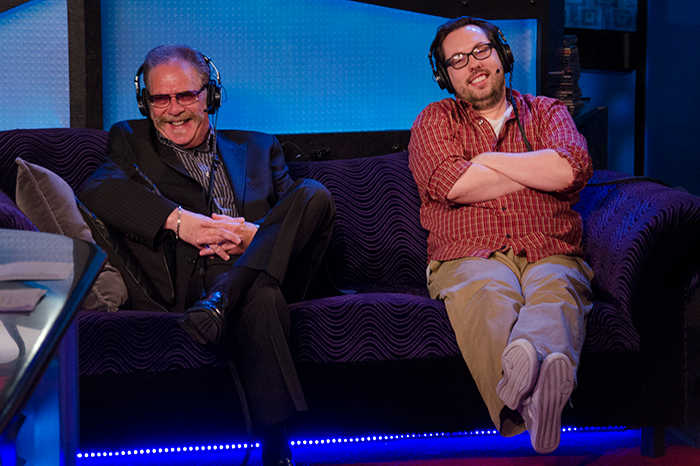 JD may have been cagey about revealing where he plans to wed the future Mrs. Harmeyer during Monday morning’s Stern Show, but he was more than happy to discuss plans for his forthcoming bachelor party … or parties.

“There’s a strip club that I love in Florida … Tootsies,” JD said. “Every girl there has a big ass,” he explained.

Ronnie “the Limo Driver” Mund added that since they are both “getting married the same year, supposedly,” the coworkers are thinking of doing a two-city, double bachelor party—one in Miami and one at Rick’s Cabaret in New York for everyone who can’t make it to Florida.

Based on these details alone, Howard questioned if JD was truly ready to tie the knot, but the media producer was steadfast in his answer: “I love my fiancée. I want her in my life, the rest of my life.”

While the guest list for their looming 2018 wedding remains a mystery, JD’s fiancée did reportedly reveal one big piece of information to Stern Show Executive Producer Gary Dell’Abate during their evening together at Samantha Bee’s “Not the White House Correspondents’ Dinner”—the location. Despite the leak, JD still refused to tell Howard, even though it was then revealed that both Ronnie and Jon Hein also knew.

With little left to offer, Howard turned away from the real JD and Ronnie in favor of “Eloquent JD,” who also happens to be getting married, and his wedding planner “Ronald Mund.” Hear their conversation below.