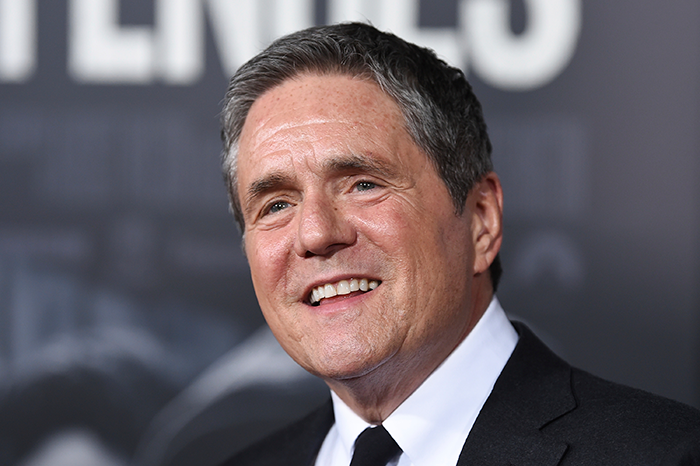 Howard opened the show remembering his friend and former chairman of Paramount Pictures Brad Grey, who passed away on Sunday at 59 from cancer.

“The guy was a huge success, a real nice guy, and I’m sad to see that he’s gone,” Howard said Monday.

The two first crossed paths when Howard made a cameo on “The Larry Sanders Show” with Garry Shandling where Brad was the executive producer and Garry’s manager. “I ended up being friends with both of them,” Howard said.

During one appearance on “The Late Show,” David Letterman asked Howard if he had any famous friends. Unable to come up with a celebrity name on the spot, he told Dave that he knew Brad Grey who runs Paramount Pictures.

“Letterman says, ‘Brad Grey? That guy’s a weasel!'” Howard recounted. Letterman continued to sound off on Brad, only to call Howard shortly after the show to reveal that he didn’t even know Grey and wasn’t sure why he had such a reaction.

Brad himself was completely confused after watching the episode, but Howard remembers having a good laugh about it. “I think Brad was really actually tickled by it … because Brad was a behind-the-scenes kind of guy,” he said.

While they lived on opposite coasts, Howard said he has memories of some wild nights at the Grey household during his Los Angeles visits, including one legendary dinner alongside guests like Harrison Ford, Calista Flockhart, Jack Nicholson, Don Rickles, Johnny Knoxville, and Jimmy Kimmel.

Howard, in fact, was the one who introduced Jimmy to Brad, too. “Jimmy ended up being better friends with him, I think, than I even was because Jimmy lives in L.A. and then Jimmy took over the friendship,” he joked.

Grey had kept his illness private, but Howard told Robin that he learned Kimmel actually ran into Brad recently, who revealed the news to him. Howard laughed that he heard Brad told Jimmy they “mustn’t tell Howard, because he’ll think he has cancer.”

Our deepest condolences go out to Brad Grey’s family and friends.

Sal Governale Wants People to Get Out of Politics