“And I f-cked your order up, like big time,” comedian tells the King of All Media 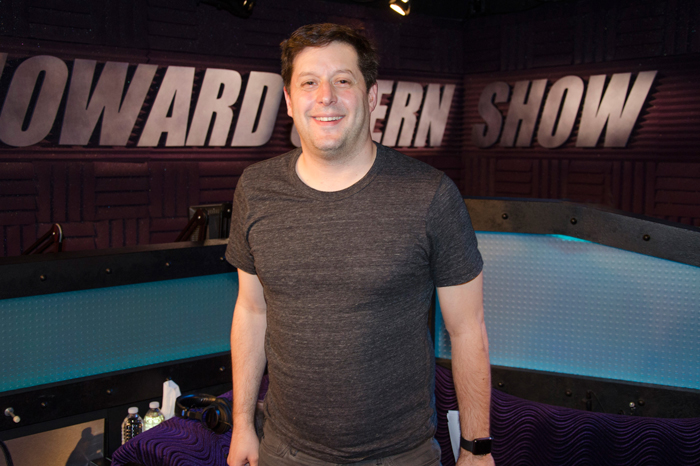 On Wednesday, Howard welcomed the comedian back into the studio and told him he’d been a fan of his spot-on Trump impression ever since comedian Colin Quinn recommended some of Anthony’s web videos to him. “He said, ‘You gotta check out this guy online doing Trump,'” Howard told Anthony.

At that time, Anthony was one of only a few people parodying the then Republican candidate, long before Alec Baldwin stepped in front of the “Saturday Night Live” cameras dressed as the Donald.

Anthony told Howard he was actually brought in for an “SNL” audition and tried out his Trump impression for the late-night show’s producers. “I auditioned last April,” Anthony said before revealing Trump wasn’t the only voice he tried out that day, either. “I did Baldwin as one of my impressions in the stage test.”

Of course, it was Alec who ended up playing Trump on “SNL,” but Anthony doesn’t mind having another presidential impersonator on TV. “He does a totally different version of Trump than I do,” Anthony said.

The idea for a Trump-centric talk show came to Anthony after reports started speculating Donald would launch his own TV network if he didn’t win the White House. “I thought, well what if he hosted a late-night show?” Anthony said. Comedy Central liked his pitch and greenlit “The President Show,” which currently shoots in Stephen Colbert’s old studio. Each week, Anthony (as Trump) talks to celebrity guests about politics, entertainment, and anything else that’s on his mind.

“You really have him down,” Howard told Anthony.

“I studied him,” he said, explaining some of the specific things he picked up on that Trump tends to do. “He moves in refrains and in couplets so, like, how he speaks is very easy because it’s like a corkscrew. You’re just always returning to the same central idea.”

Anthony has been paying attention to what Trump says and it seems the commander in chief might be listening to what Anthony says, as well. “I said something on the show, here [on the Stern Show], and he said it like two months later,” Anthony told Howard. The original joke Antony told was that Trump had higher TV ratings than 9/11 coverage, then in April the president made a similar assertion during an interview with the Associated Press.

Anthony also noticed President Trump recently said something nearly identical to how he closes his Comedy Central show, each week—telling the audience, “I’m the president, can you believe it?”

Before Anthony was a successful comedian, he was waiting tables at an Upper West Side pizzeria and even once had Howard as a customer.

“Howard, I know you don’t remember this, but you left me a great, great tip when I was a waiter many years ago,” Anthony said. Howard didn’t recall that meal, but Anthony still remembers the King of All Media dropping a $100 tip on his $45 bill.

“And I fucked your order up, like big time,” Anthony said with a laugh. “I was so high.”

Anthony and Howard’s paths crossed even earlier backstage at “The Tonight Show” in the late 1990s. Howard was on as a guest and Anthony was there with his dad who was a drummer for Jewel. In addition to meeting Howard, Anthony remembers Jewel offering him candy, which he was more than happy to accept.

Check out Anthony as President Trump playing the “Wheel of Bombing” game with Howard in the audio clip (below).