Wheeler Walker Jr. Performs Live on the Wrap Up Show

Wheeler Walker Jr. Performs Live on the Wrap Up Show 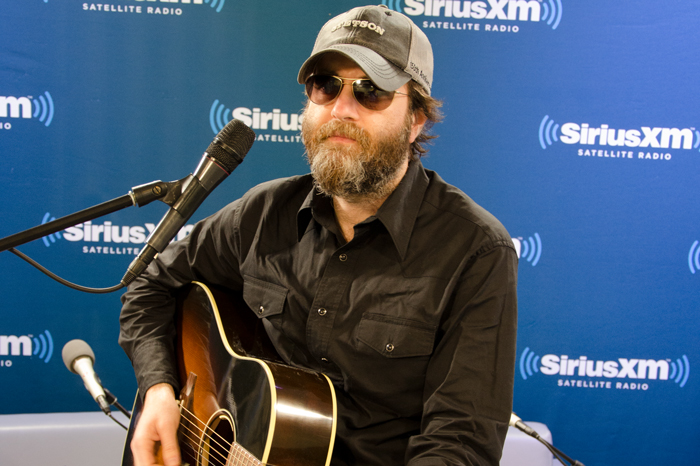 To say Wheeler Walker Jr. is offering a unique new voice to country music would be putting it mildly (and Wheeler hardly ever puts anything mildly). With tune titles like “Finger up My Butt” and “Fuckin’ Around,” Wheeler has definitely set himself apart from other singer-songwriters. He stopped by the Wrap Up Show on Thursday morning and played a live in-studio performance for hosts Jon Hein and Gary Dell’Abate.

Before strumming his guitar and belting out his signature lyrics, Wheeler talked about another country artist he respects and admires: Chris Stapleton.

“I know him a little a bit,” Wheeler told Jon and Gary. “We’re both form Kentucky and he kind of grew up the same way.”

“We actually had the same producer on our album[s], believe it or not. He cleans his up a bit more than me,” Wheeler continued. He also knows Chris from having him on his online podcast – Stapleton agreed to be Wheeler’s first guest.

Earlier this month, Stapleton sat down with Howard and discussed toeing the line between rock and roll and country music. Howard considers Chris to be a rock star through and through, and while Wheeler welcomes Stapleton’s typical country music association, there’s no denying his rocker status.

“When you go see him live, he rocks out,” Wheeler said of Stapleton, who added there’s really no reason to label artists anymore. “I almost feel like genres are dead, in a way,” he continued.

Wheeler also had kind things to say about Chris’s recent sit down with the King of All Media. “I’ve heard a decent amount of Stapleton interviews and Howard got a new side of him. You can tell Chris was having fun on it. It was cool to hear.”

Wheeler sang two songs off his new album live in the Wrap Up Show studio—“Puss in Boots” and “Summers in Kentucky.” Hear both performances (below).