Comedian Bill Burr returns to the studio, plus and update on Richard Christy's underwear 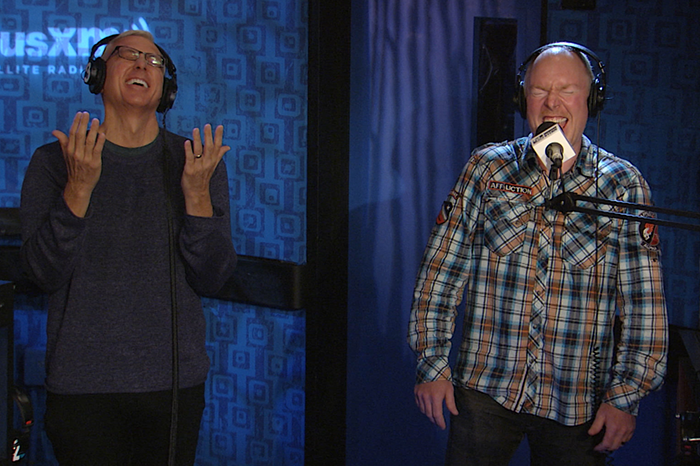 Richard Christy horrified Stern Show fans on Tuesday after admitting he had shit his pants at work after eating a salad-gone-wrong and attempted to salvage his underpants so that he could continue to wear them for the rest of the day (which he did).

On Wednesday, Howard offered listeners an update on the situation, revealing that Richard’s wife had forced him to throw away the soiled underwear once he returned home … but not before he was able to take five-mile run in them first.

“Yeah, I got a little rashy,” Richard admitted.

The doody-covered staffer was greeted at home by Mrs. Christy who reportedly offered an unrivaled sense of understanding, simply remarking: “I heard you had a little accident today.”

She would not compromise when it came to the plan for Richard’s underwear, though. “This is our very first washer and dryer ever,” Richard explained, so she didn’t want the equipment to get soiled, too. Thus, the trusty pair of drawers were disposed of down the trash chute.

Unfortunately, Richard did not learn his lesson and the story didn’t end there. With half of the salad leftover from the day prior that caused the whole pooping episode, he decided to dig in once again.

“I figured, you know what, the damage is done, might as well finish the salad,” Richard said. “It was kind of that black, wet lettuce. I just put a ton of balsamic on it to cover it up.”

Unsurprisingly, he suffered from yet another bout of explosive diarrhea at home and even recorded the vile sound of it exiting his body. We won’t expose you to those sounds here. Check it out on Howard 100 if you are interested.

Bill Burr Looks Back on His First Ever Stand-Up Show: ‘I Completely Forgot Everything I Was Gonna Say’