“I just took a bath in hand sanitizer,” the celebrity doctor tells Howard

Shortly before starting the news Tuesday morning, Howard revealed to listeners that he had a breaking report: “Richard Christy shit his pants,” he announced.

Richard was inside his studio with Sal Governale and Memet Walker and let out a fart only to discover that there was much more behind it than he bargained for.

“You’ve heard of Montezuma’s revenge?” he asked Howard. “This is Memet’s revenge. I farted on Memet’s shoulder earlier and that’s probably why this is happening. He put a curse on me.”

Richard described the doody as “watery” and substantial, with most of it pooling “in the cheeks area.” He decided to run to the upstairs bathroom to assess the situation, so that he wouldn’t be seen by as many coworkers. “And by the way, I’m a good employee because I waited until the break when I was done with my work to go clean the shit out of my pants,” he added.

To everyone’s horror, Richard revealed that he deemed his “underwears” to be salvageable. As such, the soon-to-be father simply wiped the “liquid-y” poop off his underpants, only to feel a second wave of diarrhea coming over him.

That’s when things took a turn for the worse.

Since Richard stands when he wipes (naturally), he told Howard that an unexpected third wave took hold and landed straight into his bare hand. But that wasn’t the biggest shocker.

“On my way out I saw Dr. Drew out in the lobby and he shook my hand,” Richard revealed. 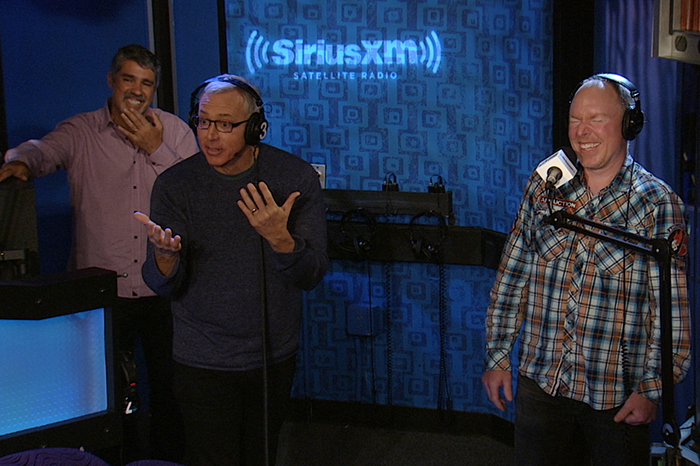 Gary Dell’Abate immediately brought in Dr. Drew, who was visiting as a guest on the Wrap Up Show and couldn’t contain his disgust. 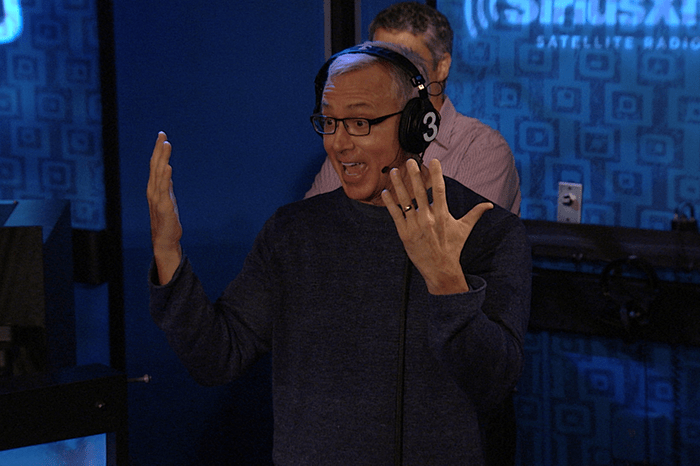 “I just took a bath in hand sanitizer,” he said, declaring that never again would he shake hands with anyone at the Stern Show.

Richard stuck by his actions, though, maintaining that he didn’t want to be rude and refuse a handshake.

Dr. Drew was inconsolable, though. He held his hands up in the air and said, “It’s like they’re sterile except the opposite of sterile. They’re contaminated.”

One person seemed amused by Dr. Drew’s misfortune. “You know what? Dr. Drew has now paid for putting me in that book,” Robin told Howard, referring to comments he once published about her narcissism test score.

If nothing else, Drew said he was happy to finally be square with Robin. “It’s worth it,” he concluded.