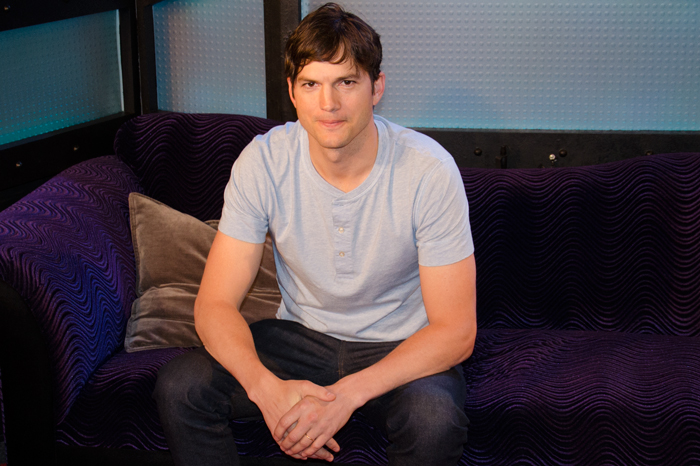 His acting career is what gave Ashton Kutcher his fame but his high-tech investment portfolio might be what winds up making the A-lister his biggest fortune. On Wednesday’s Stern Show, Ashton told Howard about backing several successful companies in their early days, including Airbnb, Skype and Uber. However, it took some time before Ashton was sold on the concept of ride sharing.

“I didn’t invest the first time I heard the idea,” Ashton told Howard. The initial pitch came while Ashton was attending the South by Southwest Festival in Austin, Texas. “I didn’t get it and so I passed on it,” Ashton continued.

It wasn’t until after a buddy invested in the company that Ashton saw the potential for ride sharing. “My eyes opened up when the UberX thing was pitched,” Ashton said of hearing about the specific services offered by the ride app. He told Howard he put about a million dollars into the company at that time but he wouldn’t say just how much money his investment has netted him since.

Howard also asked Ashton about Uber CEO Travis Kalanick resigning from his post on Tuesday after several shareholders requested he step down. “I’m friends with Travis and I’ve known him for a long time now,” Kutcher said of Kalanick. “I know his intent as a human is good.”

While Ashton said he understands why the company made the move it did, he also stated his belief that Uber would’ve never achieved their level of success without Kalanick at the helm. “Without a guy like him, that company wouldn’t be where it is,” he told Howard. “Optically, things have to happen like that sometimes.”

As was the case with his investment in Uber, Ashton admitted he waited a bit before financing online lodging service Airbnb since he wasn’t sure anyone would want to stay in a stranger’s home. After using the service for himself, however, Ashton was convinced and even continued to book Airbnb listings after splitting from actress Demi Moore.

“After my divorce I lived in an Airbnb for a year,” Ashton told Howard. Aside from needing a place to stay, Ashton said living in an Airbnb rental was a learning experience. “I wanted to understand everything about the product,” he continued.

Ashton’s become a true believer in Airbnb and thinks the app has serious potential on a global scale. “It’s become more than just a place to stay, it’s become a community,” Ashton said. “I think it brings the world together.”

Rolling up his sleeves and actually using a product he’s interested in is part of why Ashton has been so successful in his business ventures. “I eat the dog food. Whatever it is, I try it first,” he said of his investment process. After trying out social media platform Snapchat, Ashton admitted he didn’t think the messaging service would last.

Snapchat has since exploded, hitting over 166 million daily active users in May 2017. But missing out on something that winds up being extremely valuable is just part of the game, according to Ashton. What drives Ashton more than making money is making a difference.

“Here’s the cooler thing … through doing this technology stuff and learning a lot about it and learning about all these problems that are out there, I was able to build this corpus of ridiculously brilliant engineers and technical people,” Ashton told Howard. “My favorite startup of all is my foundation.”

That foundation is Thorn, an organization working to protect children around the world from sexual exploitation and human trafficking. Thorn, which came together through Ashton’s various connections within the tech industry, focuses on the role the internet plays in child trafficking and aids law enforcement in finding perpetrators online.

“Yesterday I was driving from a meeting and I get a text that … the Department of Homeland Security found, like, six kids using our software,” Ashton shared with Howard.

According to Thorn’s website, a network of more than 169,000 Digital Defenders have joined in the fight to keep children safe. In 2016, the foundation spent 24 hours in 16 trainings reaching over 600 law enforcement agents who work in stopping child sex crimes.

Watch Ashton Kutcher in Part 3 of “The Ranch” streaming now on Netflix.