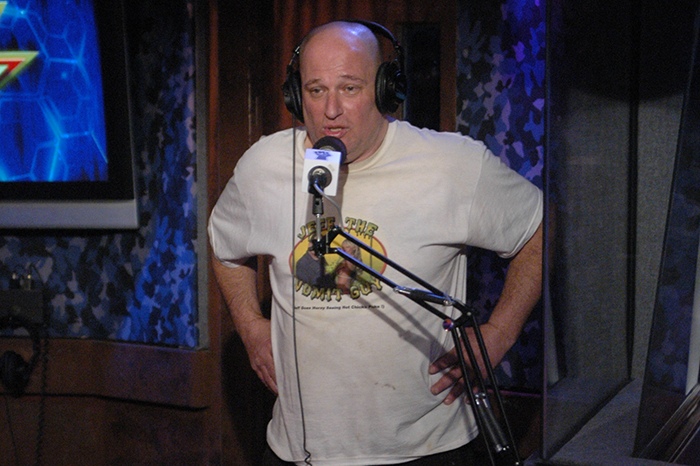 Jeff “the Vomit Guy” Levy has been waiting and waiting for Howard to air his latest solicitation for any woman willing to throw up on him. On Tuesday’s Stern Show, his plea for pukers was finally heard, although Howard was hesitant to hit the play button.

“I like Jeff the Vomit Guy,” he told Robin. But after so many unsuccessful attempts to find a girl to gag on him, Howard wondered if he was growing tired of hearing Jeff’s on-air requests, all of which ask for the same thing over and over again.

“It hasn’t changed in the 20 or so years we’ve known him,” Robin said of Jeff’s call for queasy females. Nevertheless, Howard let his listeners hear Jeff’s newest message.

“Anyone out there who is having a party who would like to invite me to be the Human Toilet, I would definitely allow myself to be a human toilet for any female who would love to have a desire to purge on me, throw up on me,” Jeff said on the tape. The audio ended with Jeff wishing everyone a “Happy Father’s Day” as well as stating, “God bless our troops.”

Since so much time had passed without Howard playing Jeff’s message, the impatient Wack Packer called up Stern Show staffer Shuli Egar and left an angry voicemail.

“I’m very unbusy and I have a lot of time,” Jeff explained. “I’m not getting any positive feedback that anything is going on here.”

Hear Jeff’s newest plea for a woman to vomit on him, plus his voicemail to the Stern Show, in the audio (below).