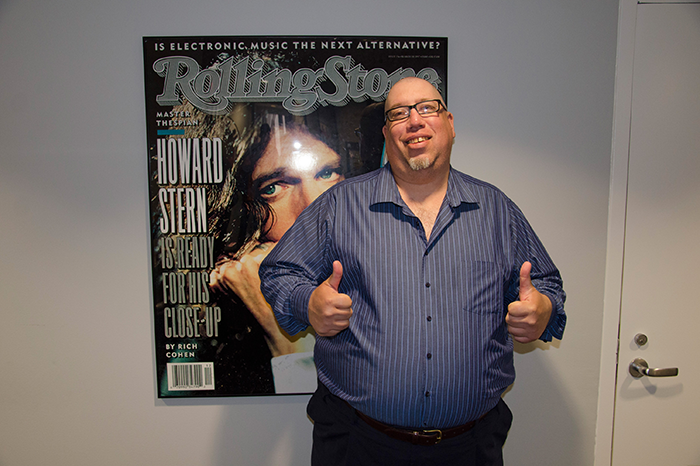 Howard kicked off Tuesday’s show with the announcement that New Kids on the Block would be stopping by to perform live in the studio and discuss their famed career as one of the world’s most successful boy bands.

But first High Pitch Erik—who was on hand to watch his crush Donnie Wahlberg—stopped by to give Howard an update on his life.

“I dressed like John Stamos today,” the Wack Packer declared as he showed off his dressier-than-usual attire.

Erik told Howard that he is preparing to get gastric sleeve surgery in order to lose weight, but has first been ordered by his doctor to shed a few pounds to prove that he can diet on his own.

Asked how it was all going, High Pitch put it this way: “Well the other day I had three pieces of pizza.” Additionally, if he had to guess, Erik put his weight in the 370s with a waist size of 62.

The next step on Erik’s weight loss journey includes an endoscopy, which he is very nervous for, but if all goes well the surgery can be scheduled for late fall.

“I want to see skinny Erik,” Howard offered in encouragement.