The two Wack Packers eat out together, though they admit holding a conversation can be challenging 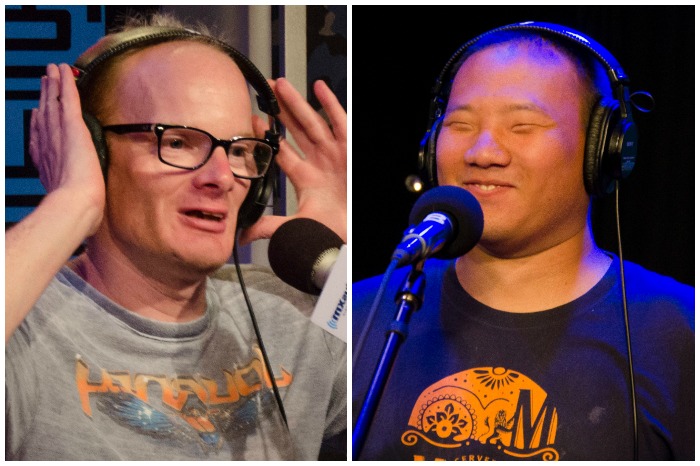 Asian Pete told the Stern Show if they wanted him to come up on Wednesday morning, he’d have to bring his new best bud Medicated Pete with him. His demand was honored, but Howard wondered how those two became such good friends. Asian Pete explained they met through their connections with the show.

The Wack Packers will occasionally share a meal out together, including sushi dinners. When asked who pays the bill, Asian Pete told Howard, “Half and half.”

“He’s really hard to understand,” Medicated Pete admitted. So does that mean the two of them usually eat in silence?

“Yes and no” Asian Pete replied.

Howard had the two try conversing a little bit live on the air and, while they were able to ask each other a few pleasantries, their discussion didn’t go very far.

“Honestly, this is like my conversations with Fred,” Howard joked.

When Asian Pete isn’t hanging out with Medicated Pete, he said he’s spending time with his girlfriend, whom he’s been dating for a year. However, not enough time has passed for Pete to do anything physical with her, other than kissing.

He then explained he’s waiting until year two to get to second base with her and will maybe go below the waist after their three-year anniversary.

“He really thought this through,” Robin said with a laugh.