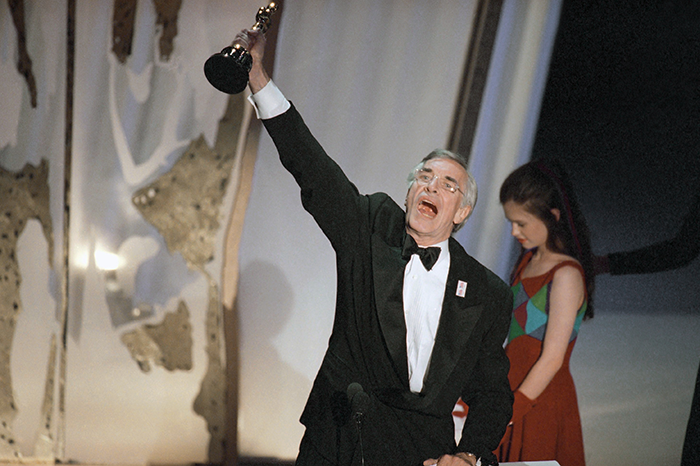 On Monday, Howard remembered late actor Martin Landau, who passed away at 89 over the weekend.

While renowned for iconic roles like Rollin Hand in the ’60s CBS drama “Mission Impossible” and Abe Karatz in Francis Ford Coppola’s “Tucker: The Man and His Dream,” Howard’s personal favorite was the 1994 comedy-drama in which he starred opposite Johnny Depp.

“His best role—and he won Best Supporting Actor for it, which he deserved—was playing Bela Lugosi in ‘Ed Wood’ by Tim Burton,” he praised.

One memorable scene from Landau’s portrayal of actor Bela Lugosi even inspired a classic Stern Show prank phone call. Hear it (below).

“Sorry to hear he’s gone,” Howard concluded. “Love him as an actor.”