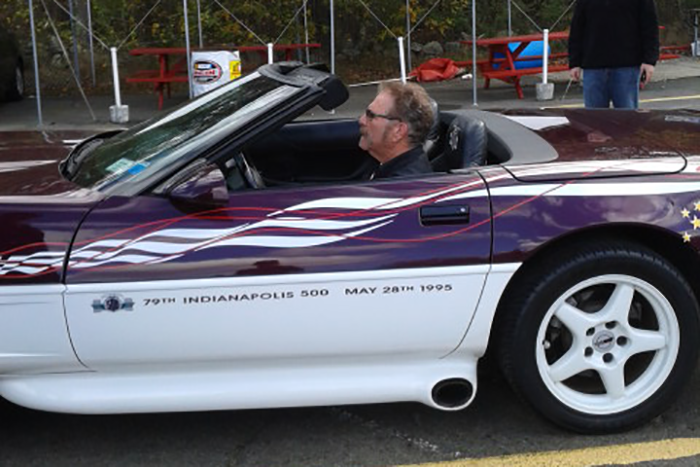 Howard was relieved to reach the office on Wednesday after a tumultuous drive with Ronnie “the Limo Driver” Mund.

Despite only traveling a short distance, Ronnie had Howard jerking around in the back seat by speeding up and stopping short. After learning that his driver spent the weekend in the Poconos watching car races, Howard had a theory why, too.

“You think 7th Avenue is a race track,” he contended as Ronnie came into the studio to defend his reputation on the road.

Howard also noted that it seemed like someone was always honking at their car, but Ronnie chalked it up to Howard thinking every honk was directed at him when they weren’t.

Bobo called in with some advice to help Ronnie avoid stopping short. “He has to leave proper follow distance,” the award-winning driving instructor chided. “I’m the expert here!” he added.

To Ronnie’s protest, Bobo even offered to do a “road test” with him to evaluate his driving skills. It wouldn’t be the first time he instructed Ronnie either, as the limo driver once attended his safety course.

“He was a good student,” Bobo said of Ronnie.

The morning didn’t end there for Ronnie, either, as JD Harmeyer made a point of showing Howard some of the tweets he has been publishing on the social media account.

“I love Ronnie’s Twitter,” JD said, highlighting a weekly set of tweets where “@rmlimodriver69” renames the days of the week.

Ronnie, who had already tweeted 14 times that morning, explained that he typically goes with “Good Morning Munday” for the start of the week and “Happy Humpday” on Wednesdays, but has abandoned his signature “Titty Tuesday” as someone else decided to post with that tag. Instead he improvises the Tuesday name.