Ronnie Mund gets ready to be in an Adam Sandler film 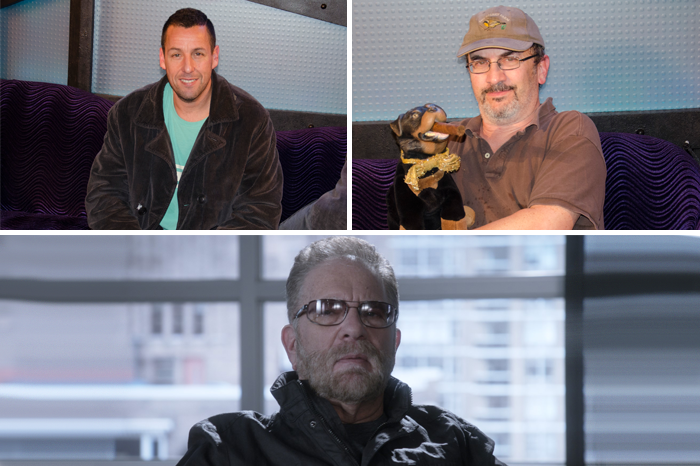 Ronnie “the Limo Driver” Mund announced Tuesday morning that he would be leaving early in order to film his scene for Adam Sandler’s upcoming movie, “The Week Of.”

The Stern Show’s resident limo driver and head of security is set to play himself in the film but reportedly won’t have any lines. He wouldn’t know, though, as Ronnie admitted he hasn’t read the script. Luckily, his fiancée did.

“According to Stephanie they talk about me in the script at different times,” he explained.

“The Week Of” stars Adam Sandler and Chris Rock aren’t guaranteed to be at the shoot, but Ronnie heard that he will be seeing Steve Buscemi on the set. Moreover, the film is directed by the talented Robert Smigel.

While Ronnie’s role might seem indistinguishable from that of an extra to some, he insisted he had some serious clout and told Howard he had a car arriving to take him out to Long Island for the shoot.

“Your limo driver has a limo driver,” Ralph Cirella, who called in during the discussion, joked.

Sandler visited the Stern Show in April and gave Howard some early details about the movie’s plot. Hear a clip from that interview (below).

Before Ronnie got ready to leave, Howard wanted to know if he Mambo’d up for the big day with his infamous cologne.

Initially Ronnie denied applying the scent, but he ultimately confessed he was wearing “a little bit.”