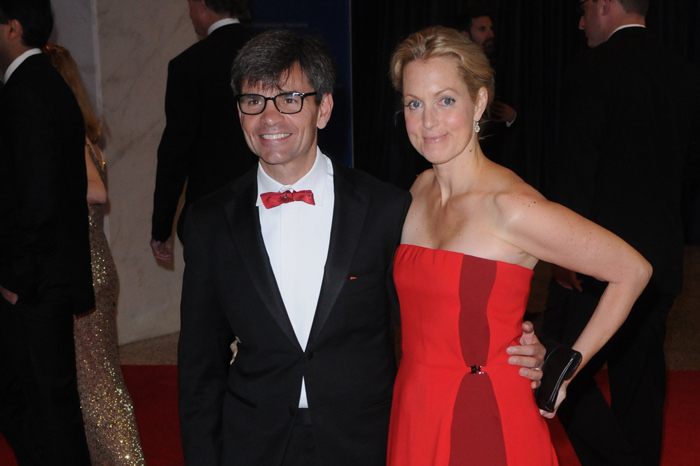 Will George Stephanopoulos be the next TV star to become president of the United States? Howard doesn’t think it’s such a far-fetched idea.

On Tuesday’s Stern Show, Howard suggested the “Good Morning America” and “This Week” news anchor’s name as someone he thinks could win the White House someday, calling George likable and fully capable of doing the job. But he wanted to ask George’s wife, comedian Ali Wentworth, what she thought about him getting back into politics.

“I think I’d be an excellent first lady,” Ali said over the phone. Turns out, running for president is something she and George have already talked about. “George is very humble and shy and says ‘Oh no, I would never win,’” Ali told Howard.

While George would probably love to be president, Ali explained it’s the grueling campaign that keeps him from seeking public office, since he knows firsthand how demanding campaigning can be. Stephanopoulos worked to get President Bill Clinton elected in 1992 and later served in his administration.

Even if he’d prefer to keep his current day job, Ali knows George would be a top-notch Commander in Chief. “He is a public servant by heart,” she said. “He’s a moral man … lots of integrity.”

Jimmy Kimmel, also in studio on Tuesday, pointed out an advantage Stephanopoulos has should he choose to run. “When your name’s George you’re like halfway to being president,” he joked.

Still, it’ll take some convincing before George is ready to announce his bid for the presidency.

“Maybe you have to be the vanguard, Howard,” Robin told him.

“Yeah, I’ll guard the van,” Howard said with a laugh.