Ronnie “the Limo Driver” Mund is annoyed with Shuli 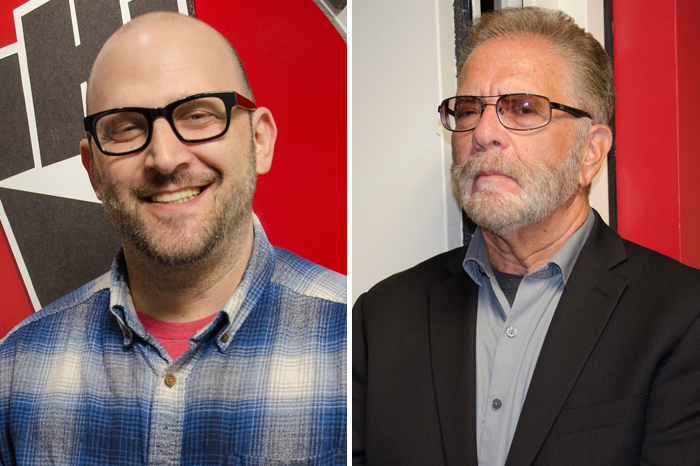 In the wake of Shuli Egar’s detailed report on Ronnie Mund’s experience filming a couple of scenes for Adam Sandler’s “The Week Of,” Howard’s limo driver revealed the digs had gotten under his skin.

“I got annoyed … Not angry, just annoyed,” Ronnie, who tweeted angrily over the weekend, said.

This @shalomshuli is some piece of WORK! This is a JERK OFF who took weeks off for PATERNITY LEAVE! What did he have to breast feed his kid!

Considering Shuli arrived to work late Monday morning due to an MTA delay, Ronnie got ample time to make his feelings known without interruption.

“He badmouthed me the whole time about it,” he complained before insisting that Shuli’s report exaggerated his inability to recite lines (or a word, in his case).

Shuli finally arrived at the office and defended the integrity of his account. As further proof, the Stern Show staffer even pointed to old tapes of Ronnie struggling with his lines while recording songs for the show as well as the short animated film “Superior Living.”

He was right about it never ending, too. With Ronnie set to give a welcome speech and judge a bikini contest next week at the Gentlemen’s Club Expo in Las Vegas, Howard revealed that Stern Show Correspondent Wolfie would be shadowing him to get the full story.

Wolfie should be able to gather a lot of material as Ronnie told Howard that he had been promoted from simply a judge to a co-host for the bikini contest.

As for his welcome speech, Ronnie seemed confident despite having nothing prepared yet. “I’ll write it on the plane,” he said. “I’m like … supposedly the host of the party … because I’ve been around the industry so long,” he explained. The stripper industry, that is.

Gary Dell’Abate was also invited to speak at the Expo for a seminar, but he won’t be able to attend.

Stay tuned for Wolfie’s report from Las Vegas and take a look at the photos from Ronnie’s day on the set of “The Week Of” here.