Jimmy Kimmel sits in on the Stern Show 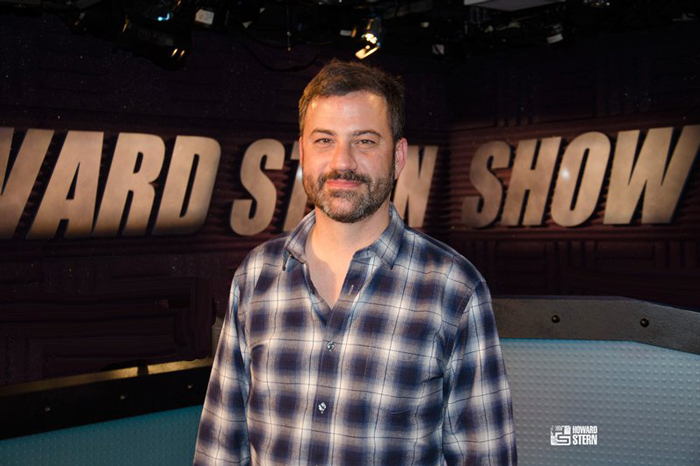 Tuesday morning began with the announcement that Jimmy Kimmel would be sitting in with Howard for two full days in the studio.

“I’m excited to be here for two days,” the late-night host and celebrity superfan said at the top of the show. “Would this be considered a mini residency?” he asked.

Howard joked that Jimmy was like Billy Joel at Madison Square Garden with his residency and also noted that he had once thought Kimmel would be a fun permanent addition to the show if he hadn’t become so successful in his own right.

The conversation quickly turned to Monday’s solar eclipse and Jimmy revealed that he experienced the phenomenon alongside Paul Shaffer (David Letterman’s longtime bandleader), whom he was meeting for lunch – but unlike Richard Christy, neither of them had the safety glasses.

“I caught a glimpse of the eclipse and then afterwards I was imagining that I’d somehow damaged my vision permanently. And I was kind of quietly freaking out about it,” Jimmy confessed. “And then Paul did it too and he’s like, ‘Oh I feel like, I think maybe I’m seeing spots,'” he further recalled.

Jimmy’s admission led Robin Quivers to offer one of her own, too.

“I went out in the backyard with a colander … a spaghetti strainer,” she revealed to everyone’s surprise, explaining that she had heard you could look through one to safely see the eclipse.