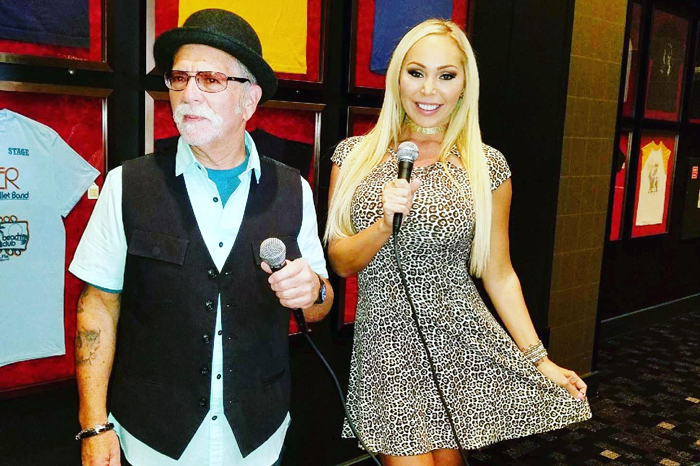 Howard wondered who could have selected those clothes for him, but Ronnie said he picked the entire ensemble out himself, including the very dapper derby hat he wore on his head. “I planned that whole thing myself,” he said. “I like it.”

Ronnie may have been debuting new threads but he announced on Monday morning he’s actually retired one of his most famous catchphrases: “Let’s fuck some whores.”

“I haven’t yelled that in years,” he told Howard after it was assumed Ronnie must have yelled that out a few times during this trip. “They wanted me to do it in Vegas and I wouldn’t do it.”

However, several Stern Show staffers recalled Ronnie yelling that out as recently as last year’s Christmas party. “He did it while singing karaoke,” executive producer Gary Dell’Abate told Howard.

Wolfie provided Howard with audio proof that Ronnie was on his best behavior while in Vegas, or at least while he was giving the opening remarks of the event. Howard went so far as to call Ronnie elder statesman-like, reminiscing about his time spent hanging out in strip clubs throughout the years.

“They asked me to do a nice speech, not some crazy shit,” Ronnie explained.

There was plenty of time to get crazy later in the weekend, including a virtual reality strip club experience that Ronnie was more than willing to try out. But with the high-tech goggles covering his eyes, Wolfie snuck over and tweaked Ronnie’s nipples. Even after Wolfie confessed to rubbing him, Ronnie refused to believe him, instead insisting it had to be one of the nearby girls who was touching him. The photo (below) proves what really happened. 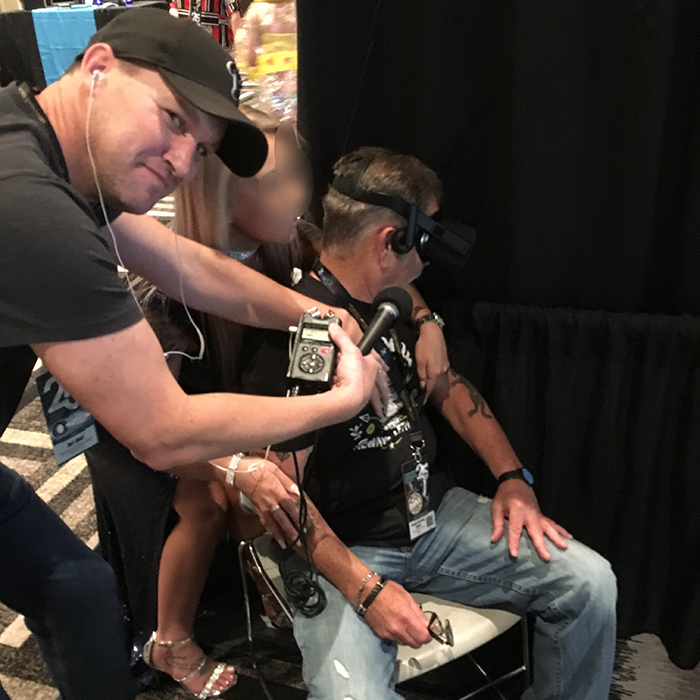 “He is in major denial,” Gary said of Ronnie with a laugh.

Even before the nipple prank, it was clear Ronnie didn’t have many kind things to say about Wolfie. He explained to Howard how strange he thought it was that Wolfie rejected his dinner invitation one night in order to sit in his hotel room, allegedly reading comic books by himself.

“I like comic books but that’s not what I was doing in Vegas,” Wolfie rebutted.

“He tries to be like he’s gonna be the nice guy … but he’s not the nice guy,” Ronnie said of Wolfie. “I see right through it.”

They might not be best friends after their weekend together but both Ronnie and Wolfie told Howard they had fun on their trip to Vegas.

“I thought it was fun,” Wolfie added.

Check out a few more pictures from Ronnie at the 2017 Gentlemen’s Club Expo (below).

#FlashbackFriday in honor of being reunited with @rmlimodriver69 next week in #Vegas pic.twitter.com/pMygb9OYTu

One of the top 3 Finalists at @ExoticDancermag Bikini Contest at The HardRock Hotel Vegas pic.twitter.com/sYrl7ldf7A