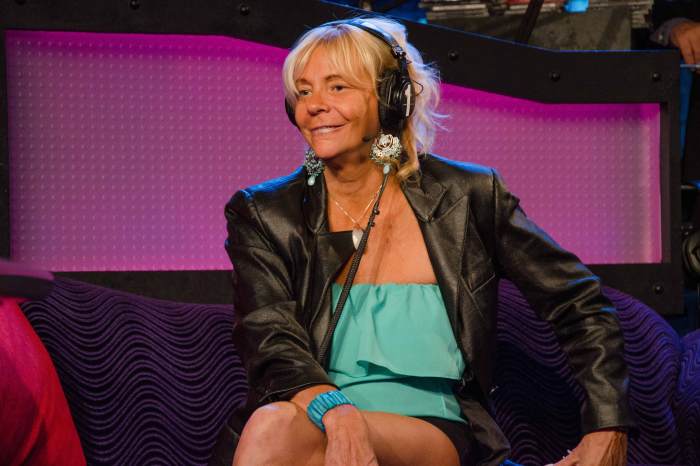 Tan Mom is alive and well, regardless of what a caller named Petunia said on Tuesday’s Stern Show. Petunia was actually the Wack Packer herself, putting on a Polish accent and trying to convince Howard she was her own twin sister. Little did she know, Howard was in on the whole prank.

“I have something fun for you right now,” Howard told Robin while setting up the bit. “Sal [called] up Tan Mom and he says to her, ‘Hey Tan Mom, look, I need money. I’m broke.'” Since Sal bet Tan Mom would be the next Wack Packer to pass away, if she could convince everybody she had died, he would win some quick cash. All she would need to do is call Howard as her twin and announce she had perished.

“I’m going to get her on and you’re going to hear Tan Mom try to convince me that she’s Petunia,” Howard said before picking up on Tan Mom.

“Patricia … she died,” Tan Mom told Howard in her thick Polish accent, adding her sister lost her life in a car accident and was going to be cremated.

“What if we stuff her and keep her in the studio?” Howard asked. “Tan Mom, I know that’s you.”

“See how much I love you? I would die for all of you!” Tan Mom said. With the jig up, Howard played tape of she and Sal plotting their plan to fake her death. It didn’t take much to convince Tan Mom to play Petunia.

“Alright, I’ll be a flower,” Tan Mom told Sal on the tape.

“The tan Bonnie and Clyde,” Howard said with a laugh. Hear the full prank and Sal’s setup call (below).

Tune in Wednesday to hear Tan Mom ride a radio speaker on the 30th anniversary of Howard’s famed on-air bit.