Photos: Departed Wack Packers and Superfans, Gone but Not Forgotten

“This was angrier than Wing Bowl,” the Stern Show staffer reports 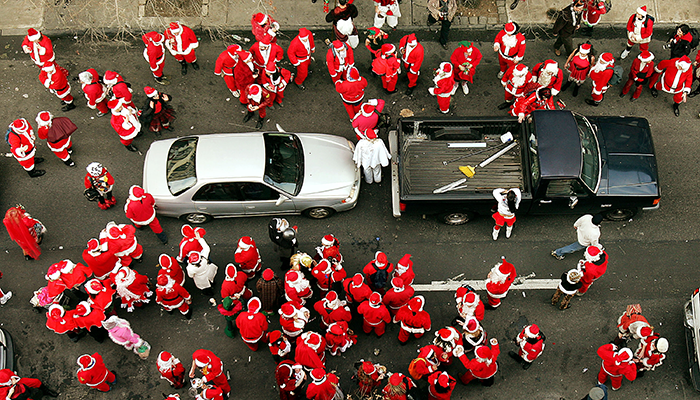 Each year scores of men and women wearing white beards and red coats descend upon New York City for the annual event known as SantaCon. On Wednesday morning, the Stern Show’s own Steve Nowicki reported on what he experienced while interviewing some of 2016’s inebriated revelers.

“People get so out of control at the event that, in fact, protestors were calling for an end to it this year,” Howard told listeners.

When questioned about the true meaning of SantaCon, one man told Steve, “It’s all about getting drunk and hanging out with your friends.”

Another SantaCon participant took umbrage with Nowicki’s interviewing skills and told him so (below).

Surprisingly, Steve declared SantaCon to be even worse than another infamous event he attended last year. “This was angrier than Wing Bowl,” he told Howard.