Kid Rock returns to the Stern Show, plus Michael Rapaport drops by 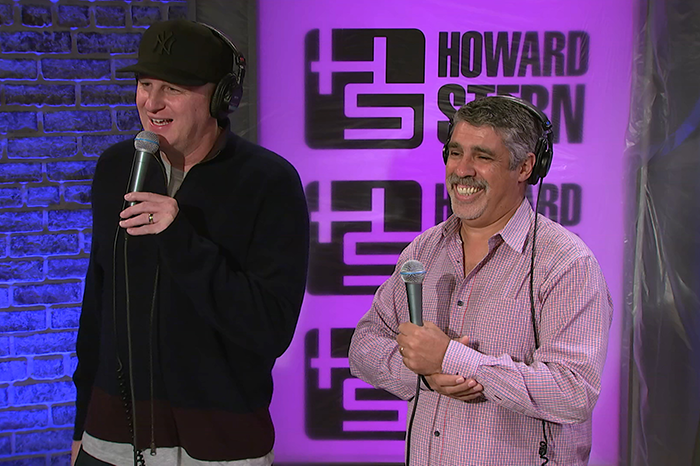 Emotional Friends Fantasy Football League frontrunner and friend of the show Michael Rapaport dropped by the studio Tuesday morning—albeit a little late—on the heels of releasing his new book entitled “This Book Has Balls.”

“Howard listen, I’ve been dreaming about coming on the show and having my interview with you and, you know, having my sit-down because this is when you hit the mountaintop and I woke up at 7 o’clock,” Rapaport explained of his tardiness.

Nonetheless, Michael has been on a roll lately with parts in Netflix’s “Atypical” and Showtime’s “White Famous” in addition to his book, among other projects. And he’s even currently first place in the Stern Show’s fantasy football league.

League-mate Gary Dell’Abate wasn’t convinced the winning streak would last, though. “You do very great in the season and then when you get to the playoffs, you always shit the bed,” he explained.

The competition between the two is so heated Michael even included a chapter in his book about Gary. And despite using eight separate names for the Stern Show’s executive producer, he refused to name the rest of the league who he referred to as “unmentionable nameless, faceless, hopeless fucks.”

I’d like to thank @MichaelRapaport for mentioning me in his book. It’s really cool! #ThisBookHasBalls pic.twitter.com/MB31uizvgK

And while the majority of the book is devoted to sports, Michael also included some thoughts on famed “stickmen” as well as Bethenny Frankel (the “Michael Jordan of Housewives”).

Pick up a copy of Michael’s “This Book Has Balls” to read it all.