See which staffer took the crown in the Cocktober event 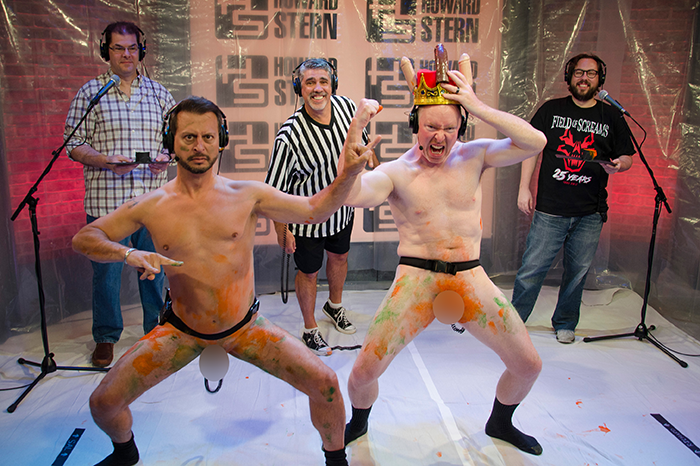 The two Stern Show staffers squared off in a cock fight which saw them dipping their dangles in separate-colored paint buckets and maneuvering to see who could tag their opponent with more paint. Gary Dell’Abate served as the referee, while Jon Hein and JD Harmeyer served as the cornermen for Sal and Richard respectively.

Richard, who boasted a 3-inch flaccid and circumcised penis, was a bit intimidated by the foreskin on Sal’s 3.5-inch member, which seemed like it might give him an edge.

“I have a half-an-inch reach against him,” Sal joked.

“The end of his brush is very sloppy,” Gary said of Sal, though.

Sal also cut his pubic hair into a unique design for the match with a single horizontal strip in his pubic region. “I have a Tom Selleck mustache on my cock,” he told Howard with a laugh.

As the official stats were read off in the Tale of the Tape, both contestants took the opportunity to showboat a little. Richard revealed his entire butthole to Howard, while Sal performed what he described as a karate-inspired “cock-ta.” 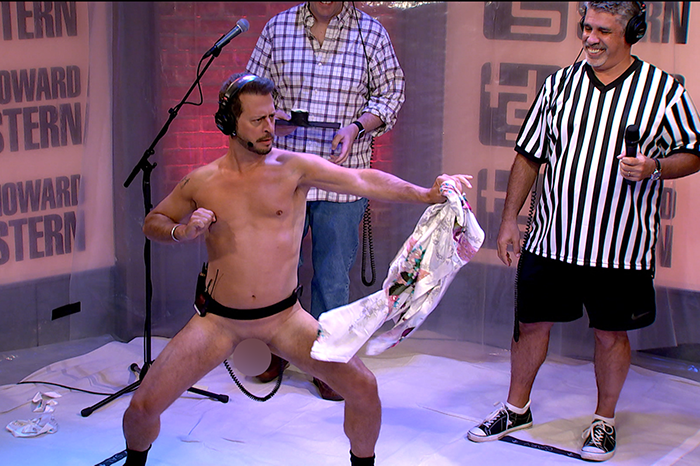 With the help of their cornerman the nude staffers then dipped themselves into the paint buckets—Richard in orange and Sal in green.

Gary read off the rules of the match, telling them there would be no “cock-pulling,” no “ball-grabbing,” and no hands.

Then, after touching cocks, the two returned to their corners to begin.

“I’ve got cock paint on my face, bitch!” Sal declared in an attempt to intimidate his opponent. 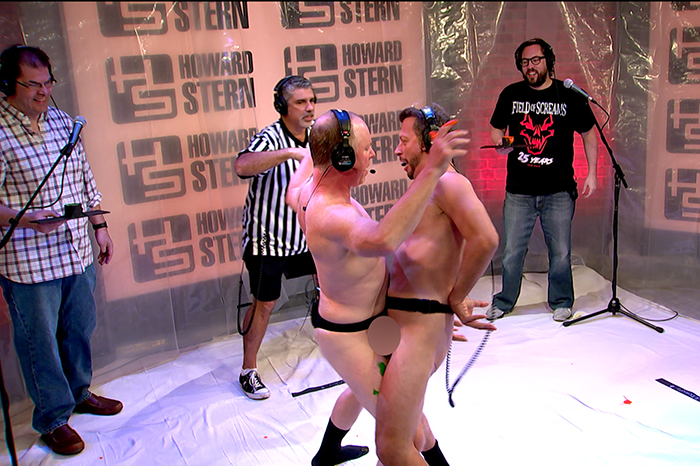 The two then collided in a tangled, phallic mess. Sal got off to an aggressive start pursuing a jumping strategy. The onslaught caused Richard to forget the rules and employ the use of his hands, only to be reprimanded by Gary. 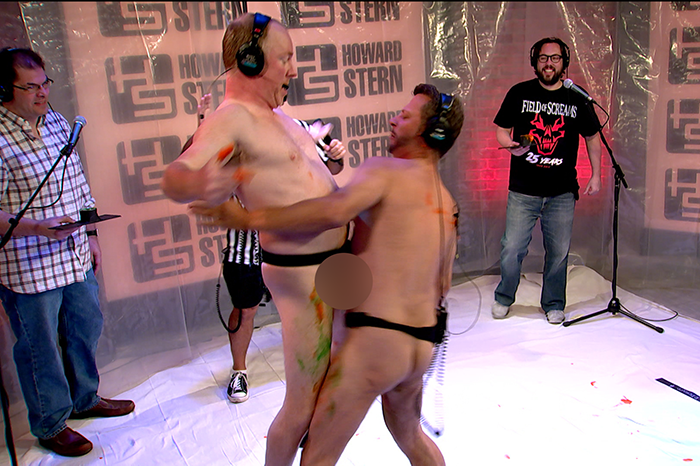 The Kansan quickly recomposed himself and fought back, nearly knocking Sal over. And after nearly a minute of action, Howard stopped the clock to get an official ruling.

“Below the belt they’re fairly equal,” Gary assessed. “But above the belt, Sal has a lot more paint than Richard,” he said.

“Ladies and gentlemen, I think Gary’s declaring Richard the winner,” Howard announced. “He is the Muhammad Ali of cock fights.” 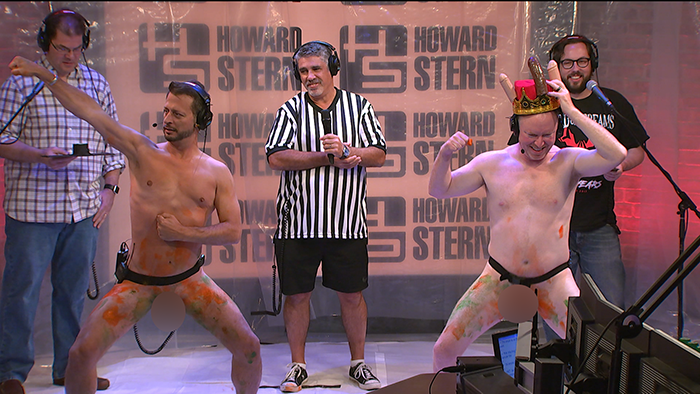 Sal was nothing but gracious in defeat, congratulating his friend and admitting: “It was harder than I thought.”

Comedian Whitney Cummings, who had arrived early for her interview just to see the match, was fascinated.

“I get very excited to see flaccid penises. I know this sounds crazy, but women, we never get to see those,” she told Howard. “You never let us see them just like in the wild. You only let us see them in their most regal state.”