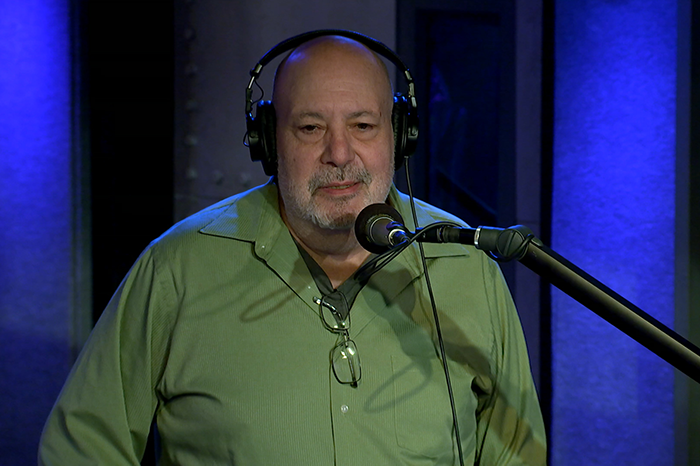 Scott “the Engineer” Salem caused quite a brouhaha on Tuesday and not just in the Stern Show compound.

In honor of Halloween, SiriusXM ordered pizza as a midday treat for the staff. As employees from around the company lined up to grab some food, one man cut the line, according to reports, insisting he only wanted “one slice, one slice” before grabbing two slices and walking away. That man was Scott Salem.

“It was like four people behind me,” he contended on Wednesday despite accounts from other staffers who claimed the line to be at least 20 people deep.

Howard and Robin were surprised by Scott’s conduct considering he has been known to sound off on perceived injustices in the past.

“I shouldn’t have done that. That was wrong,” Scott conceded when confronted. “I apologize. I’m a big star, you know, I’m a diva.”

Furthermore, Scott added that he shouldn’t have even gotten the pizza considering he is trying to lose weight. Despite it being Halloween, he did limit himself to a single Twizzler, though.

In closing, Scott asked for forgiveness. “I apologize to everybody if I did something that wasn’t cool,” he said to his coworkers.​