“I kind of like hemmed and whored not to go,” Ronnie tells Howard 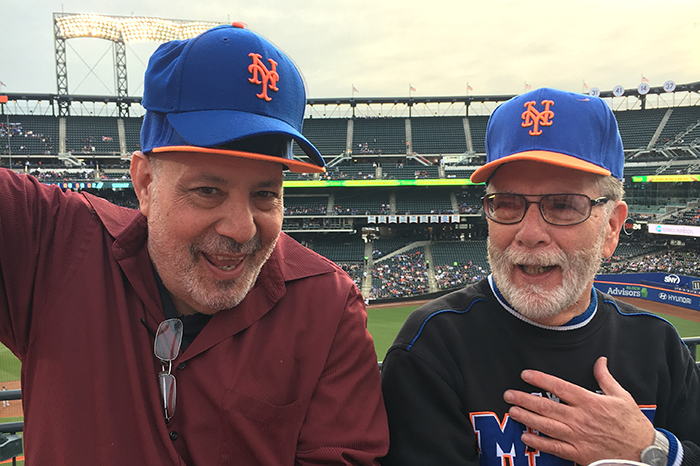 While they’ve traveled together for work in the past, Ronnie “the Limo Driver” Mund and Scott “the Engineer” Salem will be taking their relationship to a new level this weekend as they embark on a vacation to Florida. Yet, if Wednesday morning was any indication, things don’t seem to be going smoothly just days prior to their departure.

Ronnie explained he usually takes a trip with his fiancée around the holidays, but she has to work this year. Instead, he decided to graciously invite Scott with him to watch NASCAR’s last race of the season down in the Sunshine State. “I kind of like hemmed and whored [sic] not to go,” Ronnie admitted, though, butchering the phrase.

In fact, he at first even made up a story about his granddaughter being in a dance competition as an excuse to bail out, but ultimately his conscience got the better of him. “I felt bad,” he told Howard.

“Listen, I knew you were bullshitting from the beginning,” Scott fired back. “He was the one who asked me if I wanted to go with him to Florida.”

It seemed the two couldn’t agree on anything from the start—they argued about which hotel to stay in, the merits of a free breakfast, and other travel considerations. However, in the end the Stern Show staffers agreed to move forward with the trip.

Ronnie, who has friends like Kurt Busch in the NASCAR community, already has plans for their vacation, including a deep-sea fishing trip in addition to the actual race. And despite his protests, Scott seemed to revel in the upcoming weekend. “Look at him. He’s so fucking happy,” Ronnie pointed out.

Stay tuned to see what happens when the two travel to Florida together.