But the official ruling may have to wait for Jimmy Kimmel 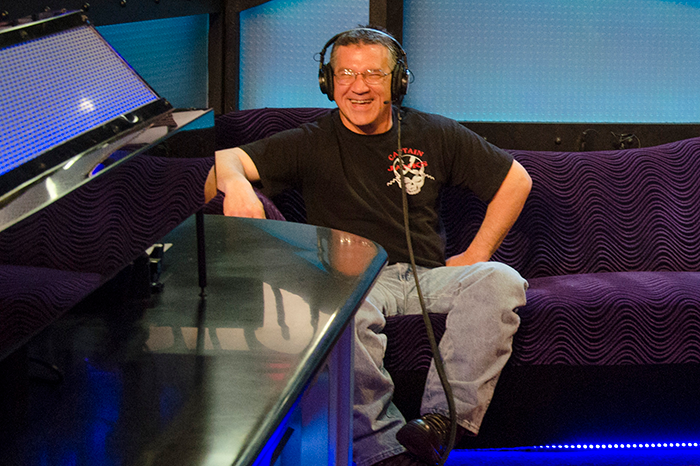 Prank call veteran and indisputable Stern Show superfan Captain Janks called Howard on Tuesday to take exception with the fact that relative newcomer Tan Mom is considered a member of the Wack Pack while he is not.

With listeners weighing in on both sides of the debate, Howard readdressed the issue on Wednesday to get an opinion from leading Wack Pack authority (Judge) Wendy the Slow Adult.

“He’s sort of a Wack Packer. He sounds funny. I mean, he does some cool stuff. I mean, you all should try and give him a chance,” Wendy told Howard.

To gauge her feelings, Howard also got Wendy to rule on a few other potential Wack Packers.

Conversely, Bobo, cellphones, cars, ants, Mormons, and the planet Saturn were not considered Wack Packers, according to Wendy.

Ronnie “the Limo Driver” Mund also came under consideration. “I definitely agree with you and Robin—Ronnie does sound like he should be in the Wack Packer,” Wendy told Howard.

Moreover, she took a moment to sound off on his attitude as well. “Ronnie should drive you wherever you need to go. I don’t see why he’s giving you a bunch of bullcrap,” she said.

With those items settled, Captain Janks wondered if the final vote could come from late-night TV host and celebrity superfan Jimmy Kimmel.

“Yeah, I would go with his vote … I’ll let him rule on you,” Howard relented.

Seeing her opportunity, Wendy jumped in to address one final piece of business. “Howard, next time when you have Jimble Kimble on, I would love to meet him on your show,” she offered before hanging up.

Do you think Captain Janks should be in the Wack Pack? Let us know on Twitter.

Do you think @captainjanks should be in the Wack Pack? #Howard100 pic.twitter.com/sajn5WefOz