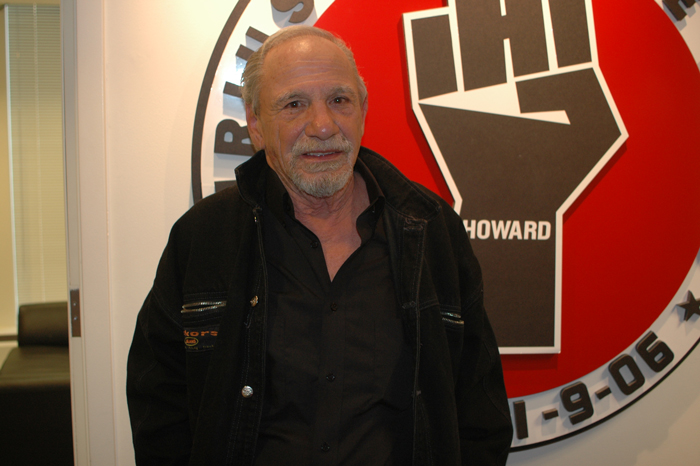 Henry Hill on the Stern Show in 2008 Photo: The Howard Stern Show

Fans never knew what to expect when mobster turned F.B.I. informant Henry Hill was on the Stern Show. Each time Howard talked to Henry throughout the years, he never held back from discussing his longtime involvement in organized crime, of which inspired the 1990 film “Goodfellas.” But during a memorable call from 1995, Henry wasn’t so willing to discuss what was going on in his personal life, leading to a now classic Stern Show sound drop.

After Robin Quivers inquired about Henry Hill falling in love again and getting remarried, the former mafioso shot back, “Puhlease. Robin, puhlease,” shutting down her insinuation that he would once again walk down the aisle. Stern Show fans have no doubt heard that clip played on air countless times since Henry uttered it that fateful day.

Executive Producer Gary Dell’Abate admitted Henry wasn’t the easiest guest to rein in. “But for some reason, I just loved him,” he said of Hill.

Henry’s first appearance with Howard occurred on the Channel 9 TV show and he made several in-studio visits on the Stern Show after that. Staffer Jon Hein is still shocked by how much a man in the witness protection program was willing to divulge on the radio.

“For a guy who was in hiding, he was just out there in plain site,” Jon said of Henry. “He was that confident that he would be OK.”

Hear the full Stern Files Declassified story on Henry Hill in the audio clip (below).