The iconic musician passed away on Nov. 18 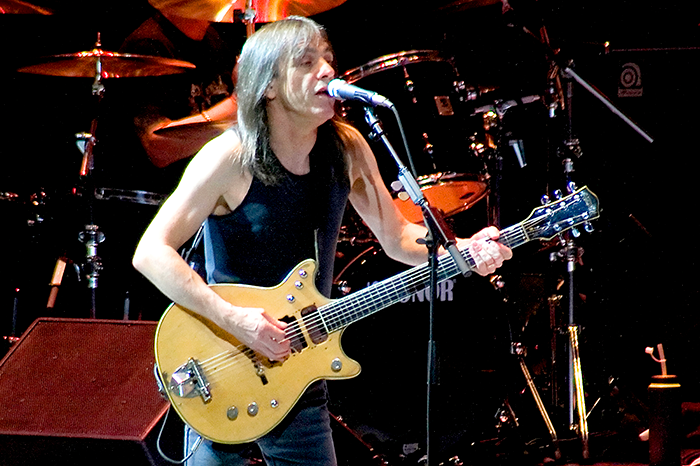 AC/DC guitarist and songwriter Malcolm Young passed away on Nov. 18 at the age of 64 after suffering for years from dementia.

On Tuesday, Howard paid tribute to Malcolm. “He was a real talent,” he said of the iconic musician who co-wrote and performed on unforgettable tunes like “Dirty Deeds Done Dirt Cheap” and “Thunderstruck.”

As a band, AC/DC visited on the Stern Show multiple times and even appeared in “Private Parts” famously performing “You Shook Me All Night Long” at Bryant Park.

Tragically, in 2014 it was announced that Malcolm would be forced to leave the band due to his dementia. That same year, his bandmates Brian Johnson and Angus Young returned to the Stern Show and opened up to Howard about the health issues.

“He was always very organized. Then he was kind of disoriented a lot,” Angus described of his brother.

Yet, Malcolm refused to walk away from music until he had to. Angus recalled asking if he wanted to continue with the band to which he replied he would “keep going until I can’t do it.”

Moreover, Malcolm didn’t want his health to sideline the rest of the band, either. “Keep on making music,” Angus remembered him saying.

Hear the full clip from that interview (below).